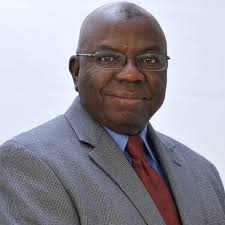 Prof. Iyorwuese Hagher, a former Social Democratic Party (SDP) presidential aspirant has stated that someone from the Middle Belt is in the best position to take over from President Muhammadu Buhari in 2023.

Hagher stated this while emphasizing that Igbos deserve to become the next president but must first negotiate with other regions.

He further lamented that the Middle Belt is the most oppressed ethnic group in the country.

“I know where it [presidency] shouldn’t go. It should not go to the Northwest again. They have had more than their fair share of democratic presidents,” he said.

“Having said that, I believe as a former presidential aspirant that, Nigeria will be shocked in 2023.

“There is an unfortunate leadership recruitment process that is so unequal and so unpatriotic.

“The Nigerian citizens have no say in who becomes their president. They are too poor to make informed choices, and too poorly organized to fund their candidates.

“The entire recruitment process is rigged in favour of the ex-military-business and corrupt politician complex; that holds sway. But 2023 is nearby.

“It will make or mar Nigeria. The bell is tolling away. I can’t speak for the South East. They deserve to be President of Nigeria and should be president when they are prepared to negotiate with others.

“When they are ready to organise their leaders to act with dignity and not with mercenary spirit. When they can rein in their hubris and discipline their youth, then, they can negotiate with other power centers.

“But when you look at things at the moment, the country is run by the Northwest, and Northeast to the exclusion of the North Central Nigerian Middle-Belters.

He emphasised that exceptional attributes of the South-East people “The people of South-East are exceptional, but they have brought unspeakable pain to the rest of Nigeria. They are the image of Nigeria the world sees and it is a bad image.

“The Igbo problem is not so simplistic as to be solved by fiat by the desire for a Nigerian president of Igbo descent. It is a serious problem of a socially unhinged society that needs to be reconstructed and re-humanised.

“The Igbo intellectuals who are silent on issues affecting the relegation of the Igbo globally are a problem. They are the enforcers of the status quo.”;