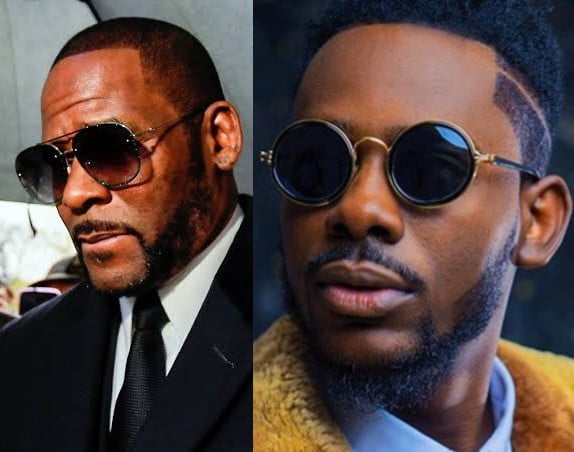 a follower of Nigerian star, Adekunle Gold, has compared The Ire crooner to disgraced singer R.Kelly.

The Star Artist who did not appreciate the comparison and expressed it in his response to the young man who liked the American singer.

Our own R. Kelly. U sha look like him maybe cos of ur hair do sha

Naija News recalls that the 52-year-old Grammy winner has been arrested severally arrested in February on 10 counts in Illinois involving four women, three of whom were minors when the alleged abuse occurred. He pleaded not guilty to those charges and was released on bail.