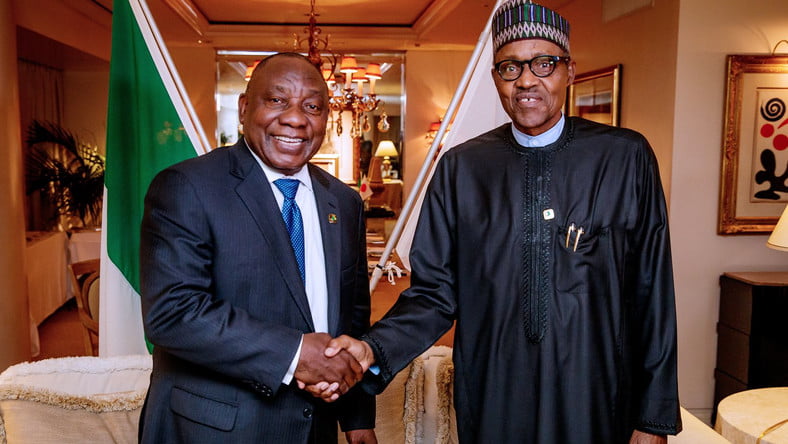 South African President, Cyril Ramaphosa has  once again begged Nigerian and other foreign nationals  for the acts of violence vented on them during the xenophobic attack

As the government of South Africa, we have expressed our deep regret at the attacks directed at foreign nationals and our condemnation of all forms of intolerance and acts of violence,” Ramaphosa said

Naija News reports that in his opening remarks at the Bi-National meetings between Nigerian and South African delegations at the Union building in Pretoria Ramaphosa acknowledged the great sacrifices Nigeria had made during the apartheid era becoming one of the frontline states in the fight against imperialism.

He said there is a need to improve relations between Nigeria and South Africa through the increase and diversification of trade, cultural exchanges, sports and tourism.

On his part, visiting Nigerian President Muhammadu Buhari condemned the attacks against foreign nationals in South Africa, which he said negated principles of the economic integration of the African Union.
He also apologized for the reprisal attacks against South African businesses in Nigeria which he assured was quickly nipped in the bud by law enforcement officers.

He noted there was a need to implement the thirty-two bi-national agreements signed since the inauguration of the Nigeria South Africa Bi-national Commission about twenty years ago.

Naija News, however, understands that both South Africa and Nigeria signed 30 trade and cooperation agreements in the course of the meeting.