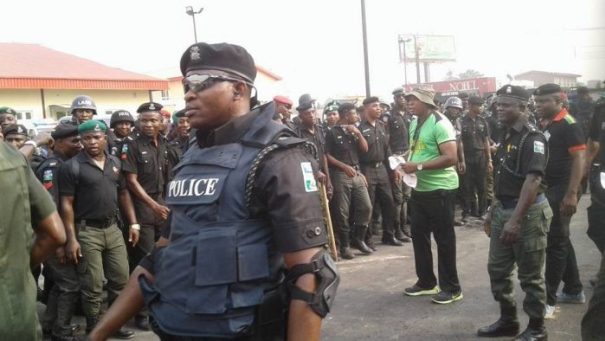 The Nigerian police have deployed at least 3,000 operatives to with the aim of tightening security in Kano State as the governorship election petitions tribunal delivers its judgment today.

The security operatives were observed subjecting motorists to scrutiny, apparently to maintain law and order.

While confirming the level of security in a telephone interview, the Police Public Relations officer, DSP Abdullahi Haruna, said that all the command’s units had been issued signals to be on the alert.

Haruna noted that the directive restricting political rallies and all forms of gathering in the state was still in place and went ahead to warn that no act of lawlessness would be tolerated as the tribunal holds its last sitting.

The sitting of the tribunal comes after Abba Kabiru Yusuf, the governorship candidate of the Peoples Democratic Party (PDP) put up his challenge against the declaration of Governor Abdullahi Umar Ganduje as the winner of the March 23, 2019 governorship election in the state.

Recall that the Independent National Electoral Commission (INEC) had declared Ganduje winner with 1,033,695 votes against Abba who scored 1,024,713 in the rerun election.

INEC had also cancelled the 9th March elections in 207 polling units,  sited at 28 local government areas of the state with reference to violence and over-voting as a cause for a rerun.

Abba and the PDP (petitioners) insisted INEC unlawfully cancelled the 9th March 2019 election where its candidate (Abba) already won the lawful votes with the margin of 26,655 votes.

In a counter-reactions, however, INEC and Ganduje had urged the court to dismiss PDP’s and Abba’s petition, stressing that the claims lack substance.