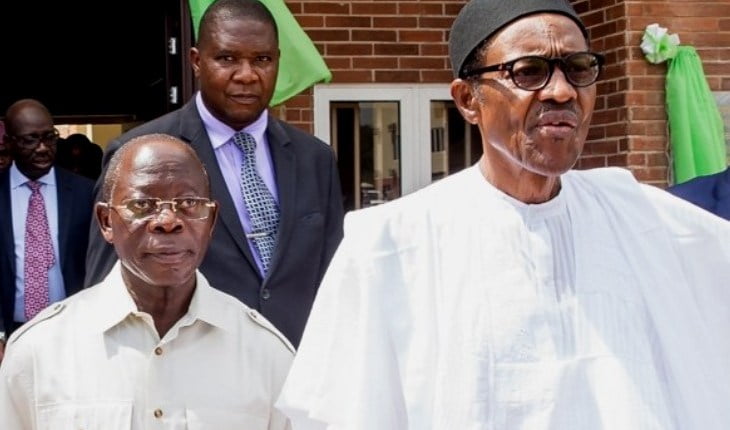 The Peoples Democratic Party (PDP) has kicked against an alleged plot by the All Progressives Congress (APC) and the presidency ‘cabal’ to push a third term agenda for President Muhammadu Buhari.

Naija News reports that the Presidency had denied reports in some quarters that it has plans to amend the Constitution regarding the two-term limit for Presidents which will enable Buhari seek a third term in office.

This online medium reports that the Senior Special Assistant to the President on Media and Publicity, Garba Shehu, quashed this rumour in a statement on Tuesday night, October 1.

The Presidential spokesman said although there had been an attempt in the past to change the Constitution to allow for the then incumbent president to stand for a third term, such an attempt was wrong and unconstitutional and will not happen under the administration of Buhari.

Shehu described President Buhari as a democrat who respects the Constitution and would never support any activity aimed at altering it.

Reacting in a statement on Wednesday by its National Publicity Secretary, Kola Ologbodinyan, the PDP described talks of a third-term as a dangerous underhand politics capable of derailing our democracy and destabilizing our nation.

The party berated the statements by the Presidency and the APC as unhealthy ploy to introduce a repugnant issue into official discourse in a bid to give it life.

The PDP said: “It is preposterous for the Presidency cabal and the APC to think that Nigerians cannot see through their shenanigan to import and elevate what they labeled as rumor and internet-based gossip, into official national discourse.

“Our party notes that Nigerians will not be surprised when, after the statements by the Presidency and APC, new groups surface to orchestrate more forceful agitations in the public space for the alteration of the 1999 Constitution to achieve an ignoble aim.

“We, however, caution the Presidency and the APC to note that Nigerians are already aware of individuals and political interests in the Presidency cabal in addition to known APC agents who are behind the street demonstrations for a third term for President Buhari.

“The party invites Nigerians to note how, having been busted, the presidency cabal and the APC are now groping for ways to cover their trails by making frivolous allegations which directly point back to them.”