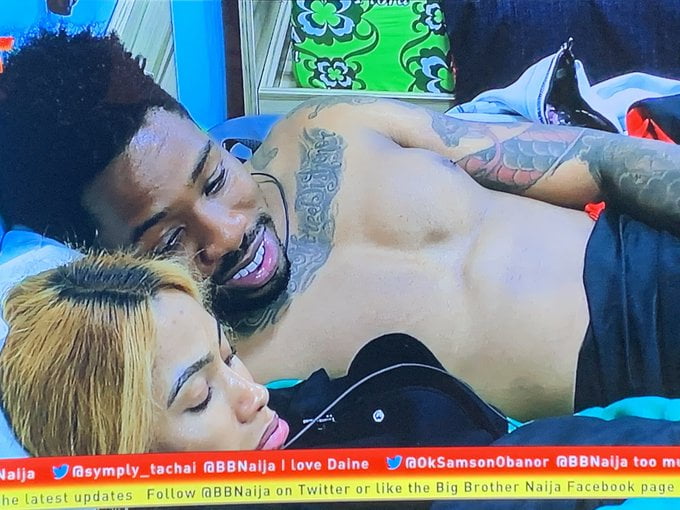 2019 Big Brother Naija housemate, Mercy could not hold back her emotions after the eviction of her lover, Ike on Sunday during the live eviction show.

Mercy totally broke down in tears as Ike was escorted out of the Big Brother house.

Recall as previously reported by Naija News, Elozonam and Ike became the 19th and 20th housemates to be evicted from the show.

Ike was evicted after he emerged with one of the least number of votes from viewers of the reality TV show.

Mercy was spotted in the video giving Ike a passionate farewell hug, but then couldn’t hold back the tears and was seen been consoled by Diane.

Watch the video clips below:

Mercy: this is one girl I actually wanted in the finals
I could have been out of that door”
Am just crying ? Mercy still has that soft heart inspite of it. She didn’t expect it?#BBNaija pic.twitter.com/ac80QuJRgw