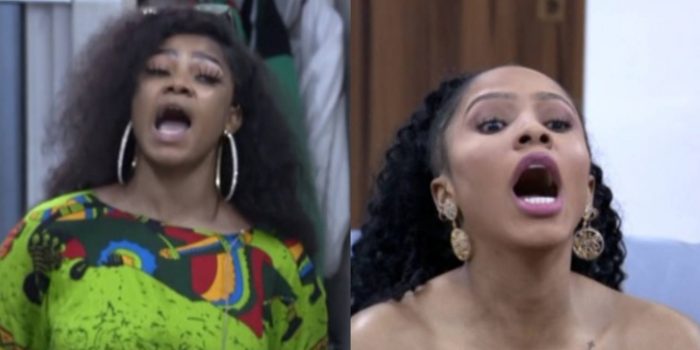 Social media critic and founder of the Free Nation, Daddy Freeze has expressed his reaction over the disqualification of Tacha from the ongoing Big Brother Naija (BBNaija) reality show.

Freeze in his reaction frowned at the idea of disqualifying Tacha and leaving Mercy who also assaulted Tacha.

Naija News recalls that BBNaija on Friday evening disqualified Tacha from the reality show over physical violence and fighting with Mercy.

Tacha was accused of losing her temper which led to her pushing, shoving and pulling of Mercy’s hair which is considered violence while Mercy, on the other hand, was issued two strikes.

However, while reacting to the development, Daddy Freeze after watching the video clip of said; “Dear Big brother, just in case you missed the clip, here it is again, we can clearly see Mercy assaulting @symply_tacha twice, once with how she flung her hair in Tacha’s face, the second time when she grabbed the iron in a threatening manner; THAT’S ASSAULT!.”

“What is Mercy still doing in the house if Tacha was disqualified?” he asked.

“Mercy needs to be disqualified as well, unless you are employing a different metric for both of them, which in my opinion reeks hypocrisy!”