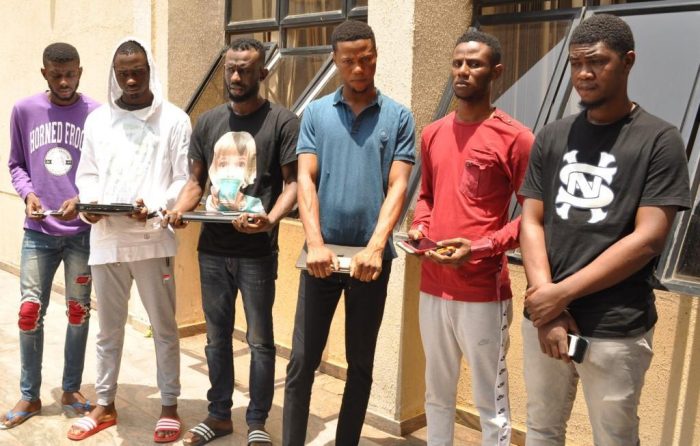 This online news platform gathered that Six of the suspected fraudsters were picked at 5 Arbe Saibra Dantata Estate Kubwa, Abuja.

While confirming the arrest of the suspects, the spokesman of the Nigeria’s anti-graft agency, Wilson Uwujaren said the suspects had been under surveillance for weeks.

Items recovered from the suspects include mobile phones, laptop computers, and a Mercedes C350.

According to a report obtained by this online news platform, items recovered from the suspect include a Toyota Rav4, 2 laptops, 2 phones and a Pump Action Rifle with 2 Cartridges.

However, upon the completion of investigation by the EFCC, the suspects are expected to be charged to court for possible prosecution in accordance with the constitution of the federal republic of Nigeria.