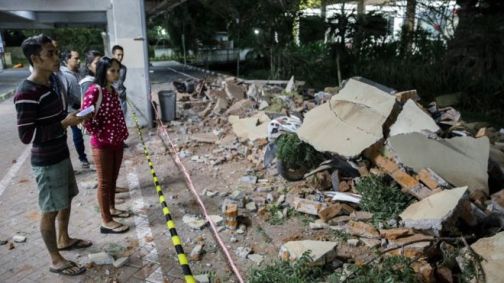 23 persons have reportedly died after a magnitude-6.5 earthquake that struck the Molucca islands in eastern Indonesia.

Naija News understands that at least 100 persons have sustained various degrees of injuries after the earthquake.

While speaking on the disaster, Agus Wibowo, spokesman for the National Disaster Management Agency, said about 15,000 people were displaced and were in urgent need of tarpaulins, tents and blankets.

The quake struck at 8:46 am (2346 GMT Wednesday) with an epicentre 36.9 kilometres north-east of Ambon, at a depth of 29 kilometres, according to the US Geological Survey.