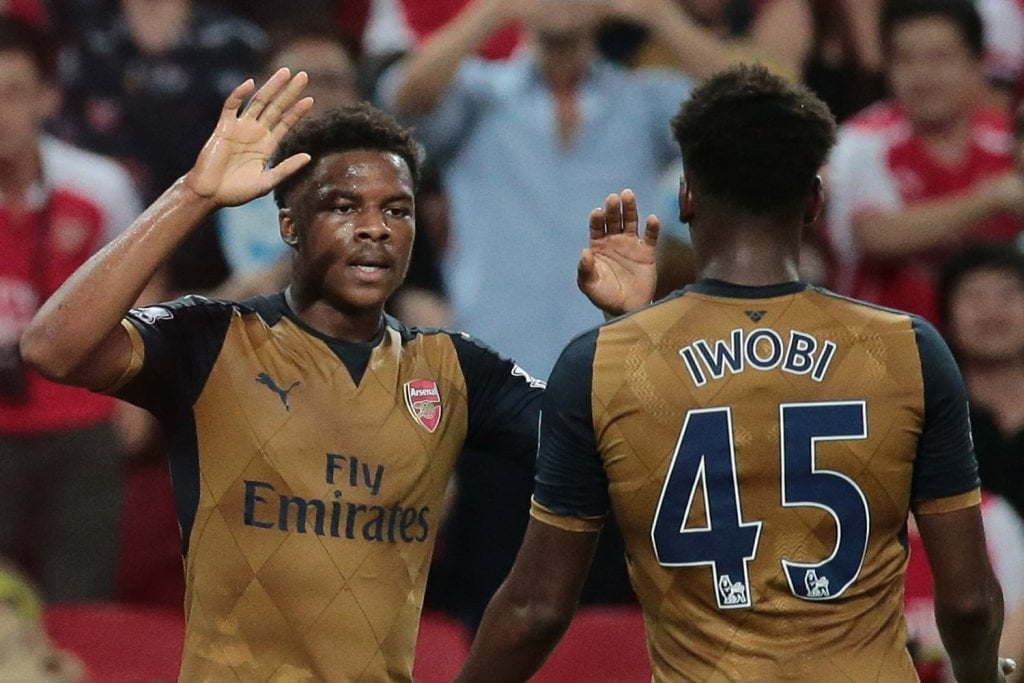 Former Arsenal star and PAOK FC striker, Chuba Akpom, has decided to play for the Super Eagles of Nigeria.

The 23-year-old born in Canning Town, London, to Nigerian parents, is eligible to play for the Three Lions of England whom he has played for at youth levels.

However, Akpom has now switched his allegiance to the Nigerian national team.

Speaking to BBC Sport, he revealed that only paperwork is what is delaying him from playing for the Super Eagles.

“I’ve only just recently switched my allegiance, so I’ve signed the documents and hopefully in the next few weeks it will be approved to enable me to play for Nigeria,” Akpom said.

“I’ve wanted to do that for many years now but not many people know this. It’s just been a matter of sorting it out, which is now in a process. I’m looking forward to it.

“It was a personal decision. I’m Nigerian and my whole family feels very Nigerian and it will be nice to represent Nigeria.”

“It was the better decision to make; now he’s played in the World Cup and the Africa Cup of Nations. I’ve always said that I’d like to play with him again for Nigeria, we’ve always spoken about that.

“We’ve played together since we was five and six years old, we grew up together. It took me a while to settle down and to get used to the environment in Greece.

“Going to play abroad and in another league has helped me, but I hope to take my career to the next level with Nigeria.”