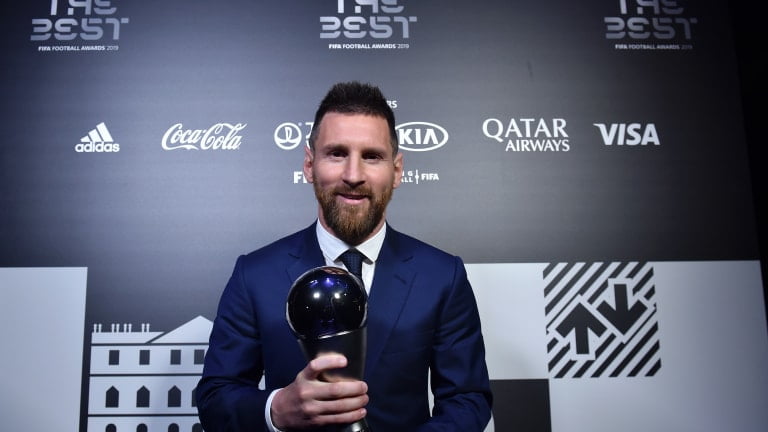 – Juan Barrera said he did not vote for the best film prize but that, according to FIFA, he had voted for Lionel Messi.

– Sudanese coach Zdravko Lugarisic posted a photo of his ballot with a vote in favour of Salah, while FIFA’s recordings say his vote was also awarded to Messi.

– The vote of the Egyptian national team coach and his captain was not on the FIFA list even though it had been launched before the deadline.

– Messi won the award ahead of Van Dijk and Cristiano Ronaldo, as announced Monday.

As announced Monday, Lionel Messi won the prestigious FIFA “The Best” award in front of two other contenders, Cristiano Ronaldo and Virgil van Dijk. This is the sixth time Messi has won the FIFA award.

However, the story does not stop there. On Wednesday, some players and coaches took a stand on social media to complain that their published votes do not reflect their real choice.

The Nicaraguan captain, Juan Barrera, insisted that he did not vote for Messi – or for anyone else – as was said in a FIFA ballot.

“I did not vote for TheBest2019. Any information on my vote is wrong, thank you,” wrote Barrera on Twitter.

Sudan coach Zdravko Lugarisic also said he did not vote for Messi, as evidenced by the FIFA website, but instead voted for Mohamed Salah. The coach has even added a photo of his ballot.

Sudan head coach Zdravko Lugarisic claims that he made Mo Salah ?? his first choice for #TheBestAwards but he was shocked to find out that his vote had gone to Messi.

He took a screenshot of the voting form and it has been attached below. Oh wow! ???? https://t.co/RKDx4ereGq pic.twitter.com/AKQa6eee7r

The votes of Egyptian national team coach Shawki Ghareeb and his captain Ahmed El-Mohammadi do not appear at all on the FIFA website. The Egyptian Football Federation asked FIFA to explain the situation on Tuesday:

“The Egyptian Football Federation has officially sent its country’s vote to FIFA on August 15, four days before the deadline,” reads a press release published on its social networks. As a reminder, this was the sixth time that FIFA officially designated Leo Messi as the best player in the world.