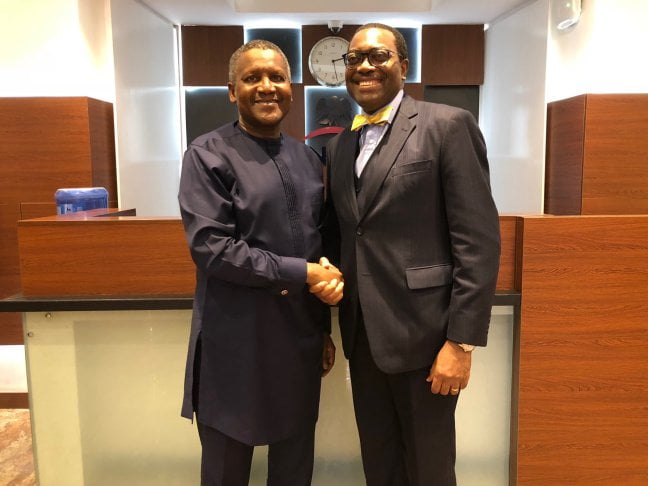 President of the Dangote Group, Aliko Dangote, and the president of the African Development Bank, Akinwunmi Adesina, have been appointed by the United Nations (UN) to combat malnutrition across the world.

Naija News reports that the duo are part of 27 global leaders appointed by the UN secretary-general, Antonio Guterres.

The appointment was made as part of the Scaling Up Nutrition (SUN) Movement committed to fighting malnutrition in all its forms.

According to a statement by SUN, the 27 global leaders will meet on September 24 to take a decision on the continuation of the SUN Movement into its third phases (2021-2025).

The leaders will also make commitments to achieve its objectives – looking toward the 2020 Tokyo Nutrition for Growth Summit.

The 27 people appointed to the group are:

Gerda VERBURG (The Netherlands),
UN Assistant Secretary-General and Coordinator of the SUN Movement