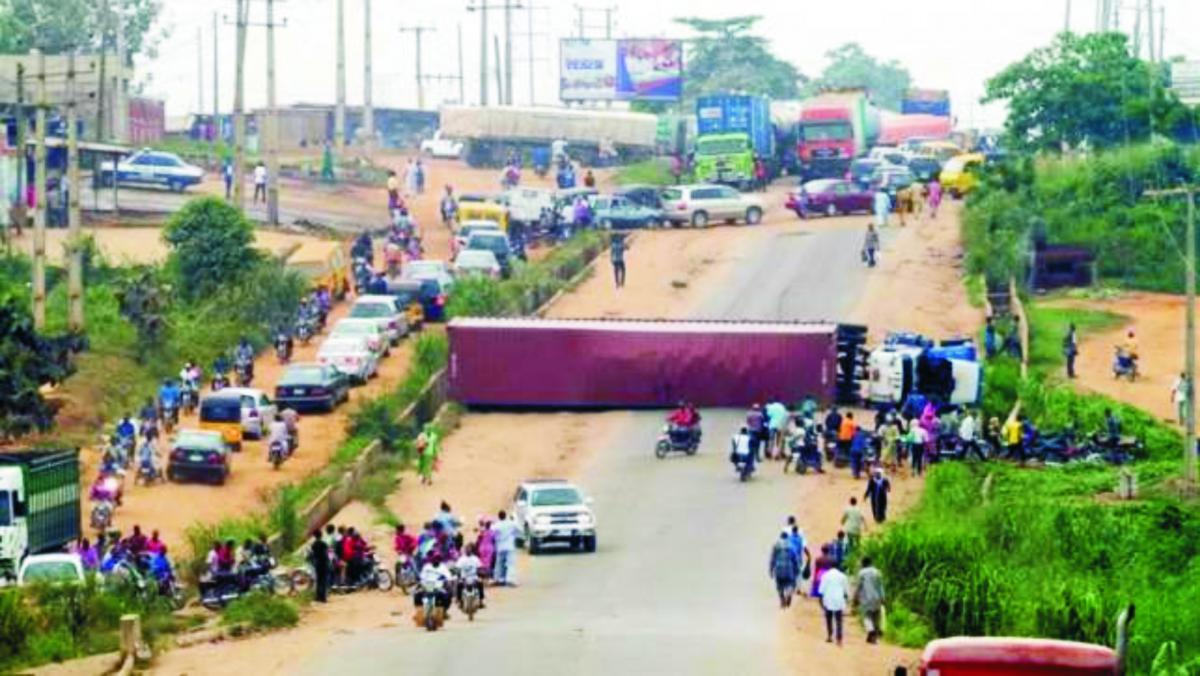 A truck carrying two 20ft containers, on Monday, fell and damaged a Toyota Corolla car on the Orile-Apapa bridge in Lagos.

Officials of the Lagos State Emergency Management Agency (LASEMA) were reported to have immediately moved in and removed the truck, with registration number MUS-34XZ. The officials have since maintained ease traffic in the area.

An eyewitness revealed that vehicle was carrying two 20ft containers with registration number CAIU-265966 and CAIU-265966-226G1, loaded with tiles, adding however that nobody knew whether it was heading for Orile or Alaka area.

“We just discovered that the container rolled off when it got to the middle of Orile-Apapa bridge; then a Toyota Corolla car, with registration number EKY-59IFP, saw the trailer’s movement and quickly turned back to escape.

“Unfortunately the trailer fell on the car, but we were able to rescue the driver out of the car without sustaining any injury.

“The accident also affected a motorcyclist who jumped off the bridge. He did not sustain any injury but his motorcycle was damaged. Both of them had been taken to the nearest hospital for proper check-up,” the eyewitness revealed.

While confirming the incident, the Commissioner of Police in charge of Enforcement Unit, Presidential Task Team on Apapa gridlock, Mr Hakeem Olusegun was reported to have said that the accident was as a result of mechanical faults.

He said that the trailer, while trying to reverse, damaged the car and the motorcycle, adding that the most important thing was that LASEMA officials were able to rescue the two victims alive and without sustaining any injury.