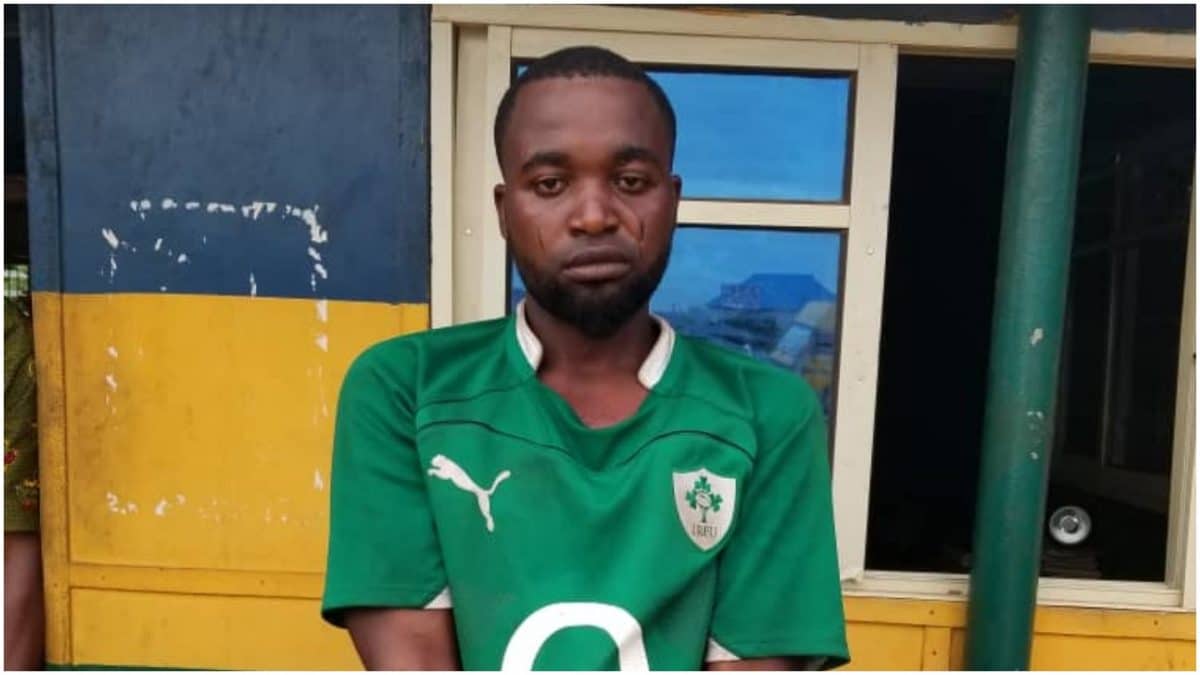 The police have arrested a man identified as Abiodun Makinde who its described as a member of one chance robbery syndicate terrorising commuters along Sango/Owode/Idiroko road.

The Ogun State Police Command stated that the suspect was arrested on September, following a distress call made by two of his victims, Gloria Edoh and Saidat Akinola, who complained that they both boarded a cab from Owode to Sango in Ogun.

The victims revealed that on getting to Olokopupo area of Atan Ota, two men in the car brought out knives and other dangerous weapons and thereafter forced them to surrender their belongings.

According to report the sum of N37,000 and N480,000 was collected from the victims as well as their Tecno phones, after which they were pushed out of the moving vehicle which saw them sustain various degrees of injuries.

The Command Spokesperson, Abimbola Oyeyemi, stated that the victims “subsequently found their way to a nearby hospital for treatment. But while coming from the hospital, they sighted and identified Abiodun Makinde as one of the hoodlums who robbed them, hence they raised alarm.”

“The alarm they raised attracted the DPO Atan Ota, SP Abiodun Salau, who was on routine patrol of the area with his men and they raced to the scene where the suspect was arrested with the help of members of the public.”

“On getting to the station, one woman (name withheld), who had earlier complained of the similar incident also identified the suspect as one of the hoodlums who robbed and raped her on the 12th of September and made away with her pants.”

It was reported that the suspect had participated in the two robbery incidents.

Meanwhile, the Commissioner of Police, Bashir Makama, had ordered the transfer of the suspect to the Special Anti Robbery Squad (SARS) for discreet investigation.