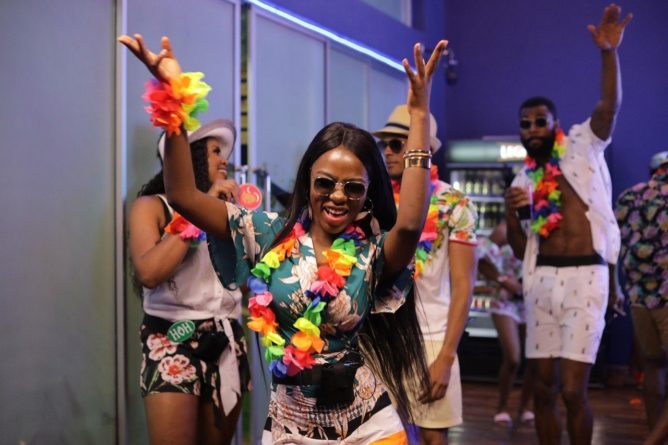 The ongoing Big Brother Naija (BBNaija) took a new twist as Nigerians including celebrities expressed mixed reactions over Diane’s victory into the final week of the reality show.

Naija News reports that Diane who again escaped nomination for possible eviction joined Seyi who won the HOH challenge, Frodd who won the Veto power, Mercy who bought immunity and Diane/Omashola saved by Frodd’s Veto power to proceed to the final week of the show.

Diane is the housemate up for the least eviction in the house as most of the housemates don’t nominate her. However, many expected her to be put up for possible eviction but as usual, escaped nomination for eviction despite the slim chance.

While many expected Frodd to put Diane up for eviction, Frodd thew the Ultimate Veto Power Holder meant to put 5 housemates up, and had Diane escaped again.

This decision by Frodd however didn’t go down well with Nigerians as they took to Twitter, a micro-blogging site to air their mixed reactions.

Some of the reactions captured by Naija News include;

If GRACE is a person ??My hands are shaking; I'm in tears. GRACE has a new definition – DIANE#bbnaija pic.twitter.com/VqUJz9Gx7v

Diane is this Year Alex???#bbnaija

Apart from God’s, #Diane’s strategy was to be inconspicuous in the house…Beverley Osu is one of her fave HMs. As much she won’t win the show, she showed that you don’t have to be loud or brash to survive! She was just there and God kept her there. #BBNaija https://t.co/MnENygw3oP