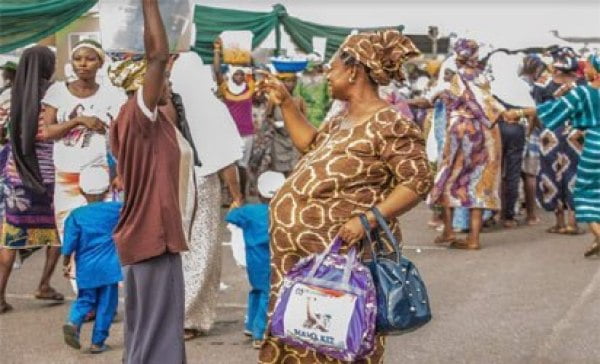 The Emir of Anka in Zamfara, Alhaji Attahiru Ahmed, on Sunday, cautioned low income earners against marrying more than one wife.

Naija News reports that Ahmed who gave the warning said that multiple marriages were worsening the economic situation of the poor and making them even poorer.

He made this known while speaking during the distribution of some women empowerment items donated by Hajia Aisha Bello-Matawalle, wife of the state governor.

“Civil servants on a salary of N15,000 a month marry more than one wife and end up raising families they cannot cater for.

“It is this attitude that is responsible for increasing out-of-school children because the parents cannot shoulder the responsibility.

“People should marry in accordance with their earnings to ensure that their children have sound education and good moral background,” the Emir counselled.

The emir advised beneficiaries of the women empowerment items to make good use of their packages in order to be economically-self reliant and support their families.