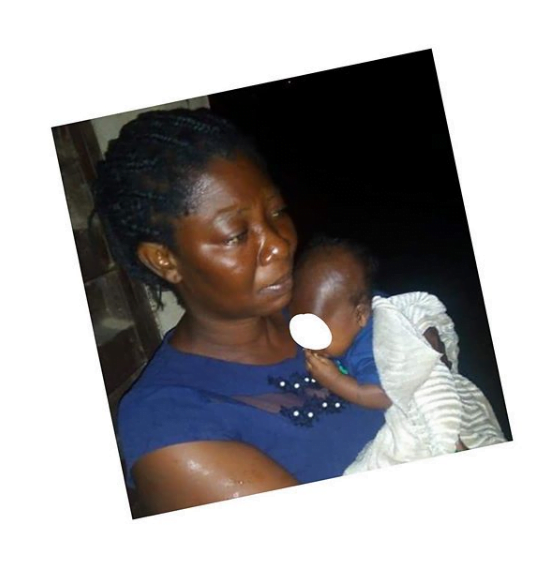 A 39-year-old lady identified as Mercy Momoh has been arrested for allegedly stealing a two-months-old baby in Ado-Ekiti, the Ekiti state capital.

Naija News gathered that Funmilayo had followed Mercy to the state secretariat with the aim of getting some relieve materials from the state government for victims of flood.

Unknowning to Funmilayo, she followed Mercy to the secretariat without knowing that she was being tricked by the suspect.

On getting to the state secretariat, Mercy sent Funmilayo to get her recharge cards and requested that she leaves her baby boy behind, while Funmilayo innocently obliged.

Before Funmilayo could return to the scene she left her son in the care of Mercy, discovered that Mercy and her baby boy were nowhere to be found; the development made her burst in tears and raised alarm over the sudden disappearance of her son and ‘friend.’

The alarm Funmilayo raised was said to have led the involvement of the Police which subsequently led to the arrest of the suspect.

Upon her arrest, the suspect confessed that she stole the baby because of her dire need of a male child.

She claimed that due to her inability to bear a male child, her husband got married to another woman and may likely throw her out of the house.