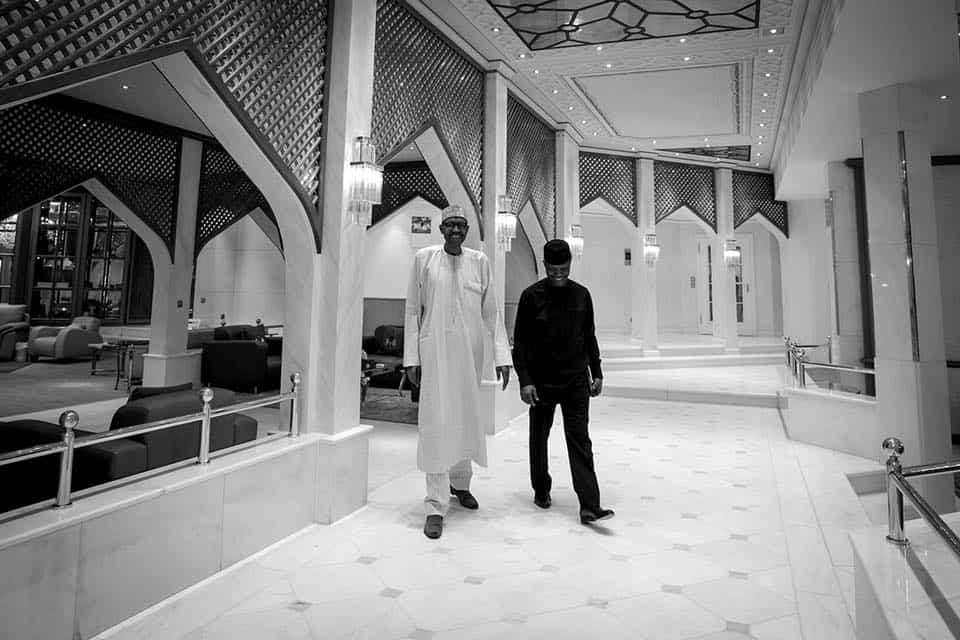 A chieftain of Afenifere, Pa Ayo Adebanjo, has blamed the constitution for the alleged rift between President Muhammadu Buhari and Vice President Yemi Osinbajo.

The elder statesman told The Sun that the Nigerian constitution makes President Buhari the “most powerful head of state” in the whole world.

According to the Afenifere chieftain, “It is just what I have said earlier. They are the people who aided and abetted the implementation of the wrong constitution because they give them the crumbs of the power.

“It is this constitution that empowers the president to make the vice president a market master. Whatever you are doing, the bottom line is the constitution.

“I have said it several times and I’m repeating it, we said it should be changed, but you say, no. This is not the constitution the founding fathers of the nation gave us.

“I say it again, the constitution that Azikiwe, Awolowo and Ahmadu Bello gave us is what we want to return to, and I have challenged him whether he is more intelligent than Sardauna, but he has not answered.

“Is he telling us that the constitution that Sardauna gave us is a wrong constitution, Sardauna was not as intelligent as he is now; or he is a more northerner than former premier or a more Muslim than the late premier?

“It was the constitution that they all agreed to live in peace and that was after a crisis in the country, leading the colonial office to draw all the leaders to London.”