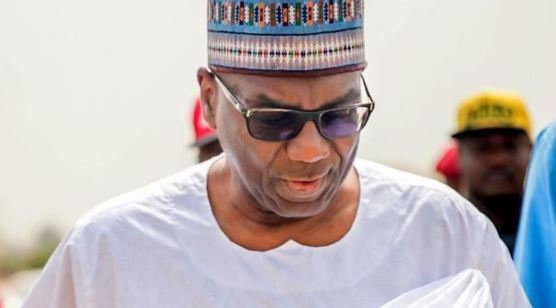 Kwara State Election Petition Tribunal sitting in Ilorin, the state capital has dismissed the petition by the Peoples Democratic Party (PDP) seeking to nullify the election of Governor AbdulRahman AbdulRazaq.

Naija News understands that the PDP in its petition prayed the tribunal to nullify the election on the ground that Governor AbdulRasaq lacked the academic qualification to contest.

The PDP and its candidate, Razak Atunwa had approached the tribunal to order for a rerun of the March 9th, 2019 governorship election in its petition that alleged that the All Progressives Congress (APC) candidate, AbdulRahman AbdulRazaq presented forged West African Examinations (WAEC) certificate to the Independent National Electoral Commission (INEC).

The petitioners also alleged that AbdulRazaq presented affidavit to INEC containing false information to contest for the election.

However, in its ruling, the tribunal said the PDP and its candidate Razaq Atunwa failed to prove the allegations, holding instead that “all evidence before us show that (AbdulRazaq) sat for the examination and was, therefore, qualified to run for the office of governor.

“From all the evidence before us, we hold that the petition lacks merit and is hereby dismissed,” Justice Bassey Effiong, chairman of the three-person panel.

Justice Effiong in is ruling maintained that the petition against Governor AbdulRasaq lacked merit.