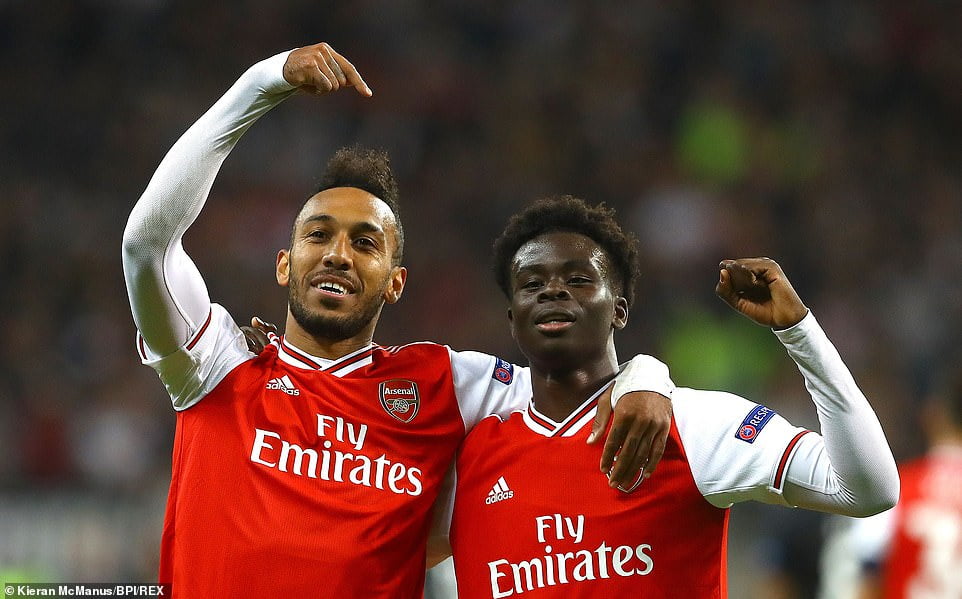 Saka got on the score sheet as well as provided two assists for Joe Willock and Pierre-Emerick Aubameyang in the victory at the Commerzbank Arena on Thursday evening.

Speaking about the player in his post-match press conference, Emery said, “Maybe with his goal and performance he was taking confidence, he was finishing really strong. Also with Emile, after his injury. He played for the first time this season.

”Willock started a little slow at the beginning but progressively he was feeling very better with a good performance.

”Torreira worked a lot, Xhaka played very seriously in that match. Everybody can be happy.”

The 18-year-old is the youngest Arsenal player to score in a European competition since October 2008.

Aaron Ramsey, now with Italian champions Juventus, was the holder of the previous record.