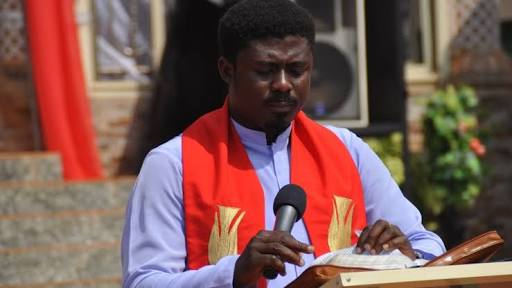 Naija News reports that Ebube Muonso as he is fondly called made this comment at a crusade in the South Eastern region of the country recently, where he the Indigenous Peoples of Biafra (IPOB), Nnamdi Kanu, is more respected and has more loyalists than Chukwuemeka Odumegwu Ojukwu, the late Biafra warlord.

Ebube Muonso said the governors rather take the money meant to develop the region outside the country, this he said is the reason the governors do not have peace of mind when they travel out of the country.

This was in reaction to the attack on Ike Ekweremadu, a former Deputy Senate President in Germany by some members of the IPOB.

On South East Governors, Ebube Muonso said: “These people take our money abroad. If they travel out their minds are not at peace,” in what appears to be a shade on Ekweremadu who was attacked in Germany by IPOB members.

“There is nothing as good as good character in the world. Hold God, if you hold God you hold everything.

“Our governor and co have gone into hideouts accross the country,” Rev. Ebube Muonso said.