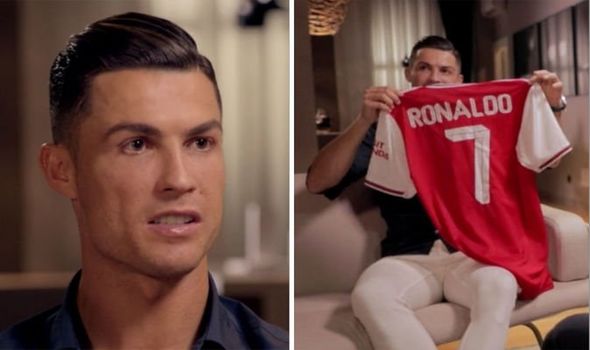 The five-time Balon d’Or winner was watched by the Gunners before he made the move to Manchester United from Sporting Lisbon in 2003.

Speaking to Piers Morgan in an interview on ITV, Ronaldo was asked how close he actually came to playing in north London.

“I was one step away from joining Arsenal.

“I appreciate what Arsenal did for me, especially Arsene Wenger. They’re a great club,” he replied.

Ronaldo will be in action tonight when his Juventus side kickoff it’s 2019/2020 UEFA Champions League season.