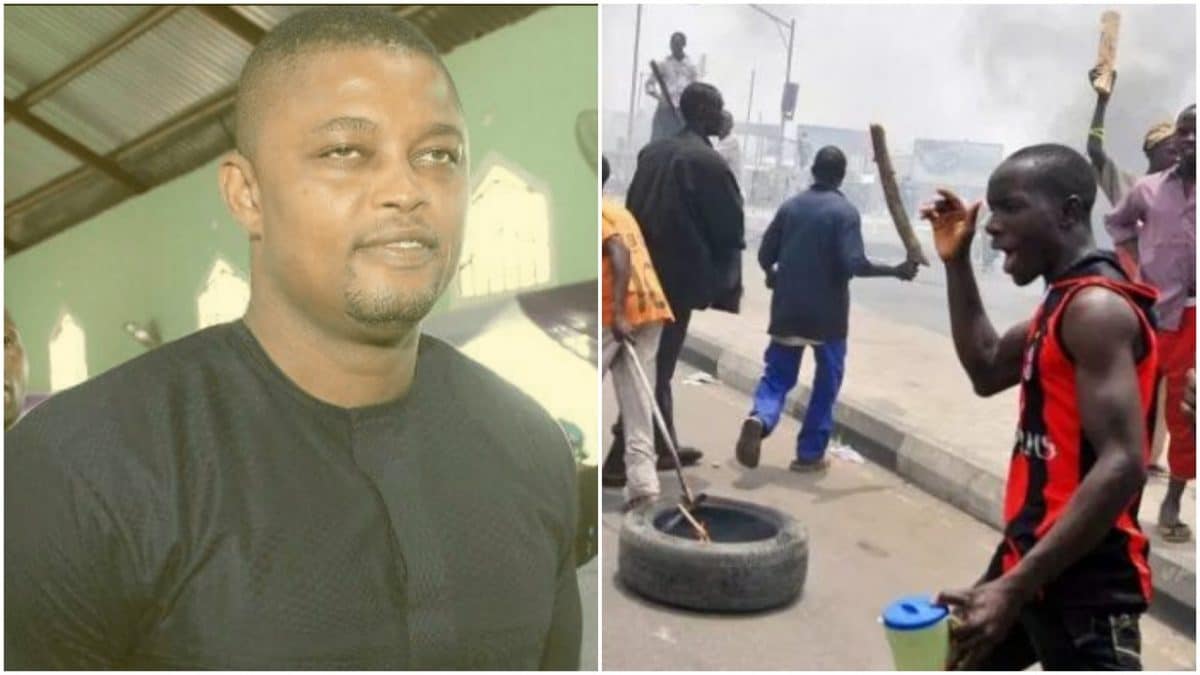 The Chairman, Akwa Ibom State Waste Management Agency, Prince Ikim, on Monday was accused of using his thugs to assault and strip a female journalist in the state, Mary Ekere, for taking photographs of events at the popular Ibom Plaza, Uyo, the state capital.

According to reports, the female journalist who works with ‘The post Newspaper’, a state-based Newspaper was around the area when she saw some task force operators seizing some goods belonging to traders in the plaza and she decided to take some pictures of the events.

A further report revealed that the thugs assaulted the journalist for her action, thereafter stripped her naked and subsequently dragged her into a waiting vehicle.

According to Miss Ekere, “I was taken to Sanitation Court, off Nkemba Street, unfortunately, the Magistrate was not around and I was remanded in prison custody”

It was reported that the female journalist was brought to the court by prison guards in their vehicle, where she pleaded not guilty to the charges levelled against her, she was then granted bail of N10,000.

More information had it that Prince Ikim allegedly ordered that she be remanded in prison even after meeting the bail conditions.

She was thereafter taken to the prison custody and is currently at the Uyo prisons.

The father of the journalist, Hon. Idongesit Ekere, while speaking on the incident stated that he was shocked by the incident, describing it as unfortunate.

He said, “We waited from morning till afternoon for the Magistrate, who came in the afternoon. When she was arraigned, she pleaded not guilty to those charges and was granted bail. They asked me to pay N10,000, which I did and filled the bail form they gave with my passport.”

“The court guy said he was coming to inspect my house, but later came to tell me that Mary will not be released today (Tuesday) again as promised that the Magistrate had gone without signing the bail form. So Mary was taken back to prison custody. I took food to give to her at the prison, but they denied me access to her. They said I should give money that they will give her to buy food, which I did. So she is still in prison.”

Meanwhile, Journalists in the state have condemned the action, describing it as an inhuman treatment against their colleague.

NUJ in a statement through its chairman, Amos Etuk, expressed shock that Miss Ekere was sent back to prison even when she had met the bail terms.

The body called for her immediate and unconditional release before noon on Wednesday.

Similarly, the chairman of the federated chapel, where the victim belongs to, comrade Inimfon Silas in a press statement condemned the act, saying that such was an indicator that journalists in the state are no longer safe to carry out their lawful duties.

He promised to use legal means to bring justice the way of the female journalist.

Also, the female journalists under the aegis of Nigeria Association of Women Journalists, NAWOJ, Akwa Ibom state chapter were seen in a peaceful protest, early hours of today marching in their numbers to the sanitation court to register their grievances.

The Chairman of NAWOJ, Comrade Uduak Ekong while speaking with Daily Post wondered why miss Ekere would be forced to spend two nights in the prison custody after meeting bail term.

He called for the female journalist immediate release as well as an unreserved apology to the accused.

Comrade Ekong also called for a total reorientation of the law enforcement agents in the state noting that even if they were authorized by the state government to stop people from trading around the plaza and along the road, they should carry out such duties with every sense of decency and decorum.

Meanwhile, the Chairman of the Waste Management Agency stated that he was not aware that Miss Ekere was still remanded in prison custody after meeting the bail terms. He promised to ensure that the accused is released soon.