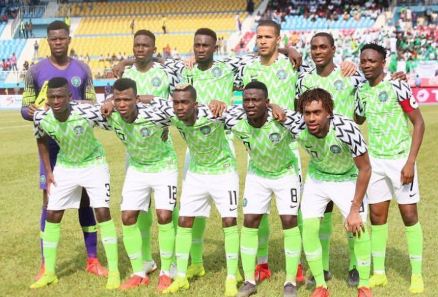 The Super Eagles of Nigeria has confirmed that it will play Brazil in an international friendly match on October 13.

The Brazilian Football Confederation in a press release confirmed the venue of the match for Singapore.

Recall that the Nigerian international side was held to a 2-2 draw by Ukraine in a friendly last week.

The Super Eagles head coach is preparing his team for November’s 2021 Africa Cup of Nations qualifiers with the Benin Republic and Lesotho.

BFC stated that they picked Nigeria because they are ranked among the best two teams in Africa and also for their physical football.

Three days before the Nigeria match, the Brazilian side will face 2019 Afcon runners-up Senegal at the National Stadium in Singapore.

The Super Eagles lost 3-0 to Brazil in their last meeting at the National Stadium in Abuja.