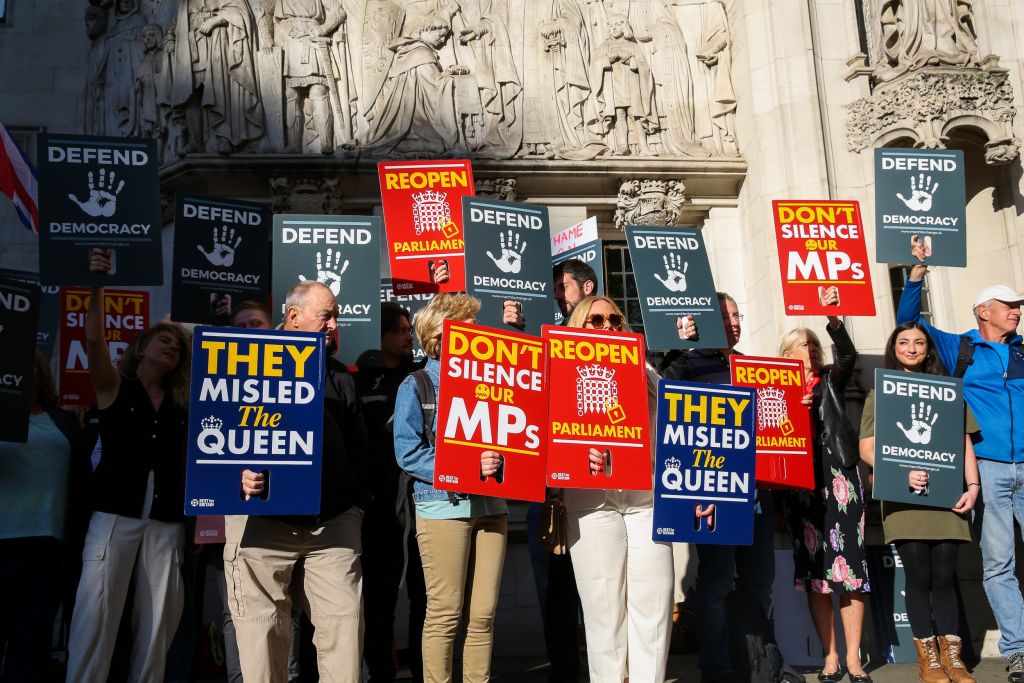 The Supreme Court of the United Kingdom on Tuesday examined the legitimacy of the suspension of Parliament, wanted by Prime Minister Boris Johnson and strongly criticized by his opponents as a manoeuvre to impose a Brexit without agreement.

Six weeks before the exact date of Brexit, the United Kingdom Supreme Court is considering from Tuesday 17 September the legality of the controversial parliamentary suspension decided by Prime Minister Boris Johnson.

Under the fire of criticism from politicians and civil society, the prorogation of Parliament has been the subject of several legal actions with opposing verdicts.

On September 11, Scotland’s highest civilian court ruled the suspension “unlawful” because it purported to “hinder parliament”. On the contrary, responding to the complaint of an anti-Brexit activist, Gina Miller, the London High Court refused to rule on the merits, considering that prorogation, a “political” decision, was not a matter for the courts. Referred on appeal, both cases will be heard in the Supreme Court in London for three days.

The first day will be devoted to the presentation of the plaintiffs’ lawyers: in one case Gina Miller, and in the other 78 pro-European parliamentarians, led by Joanna Cherry, member of the Scottish National Party SNP. The government’s defence will respond on Wednesday while former Conservative Prime Minister John Major, who supports Gina Miller, will be heard on the third day of the hearing. Other speakers will speak. The date of the judgment is not known.

Parliament can be immediately recalled

If at the end of this new episode in the chaotic Brexit saga, the Supreme Court deems the suspension illegal, the Parliament will be immediately recalled, according to legal experts.

At 44 days of the planned divorce with the European Union, the scenario of a Brexit without agreement remains openly envisaged by Boris Johnson, despite some alarming forecasts, drawn up by his own government, of food shortages, medicines and risks of public disorder.

A majority of MEPs oppose an exit without EU agreement and want to cancel the suspension of the Parliament, until October 14, to have more time to block a “no-deal”. They have already passed a law requiring Boris Johnson to ask the EU for a three-month postponement of Brexit, scheduled for 31 October.