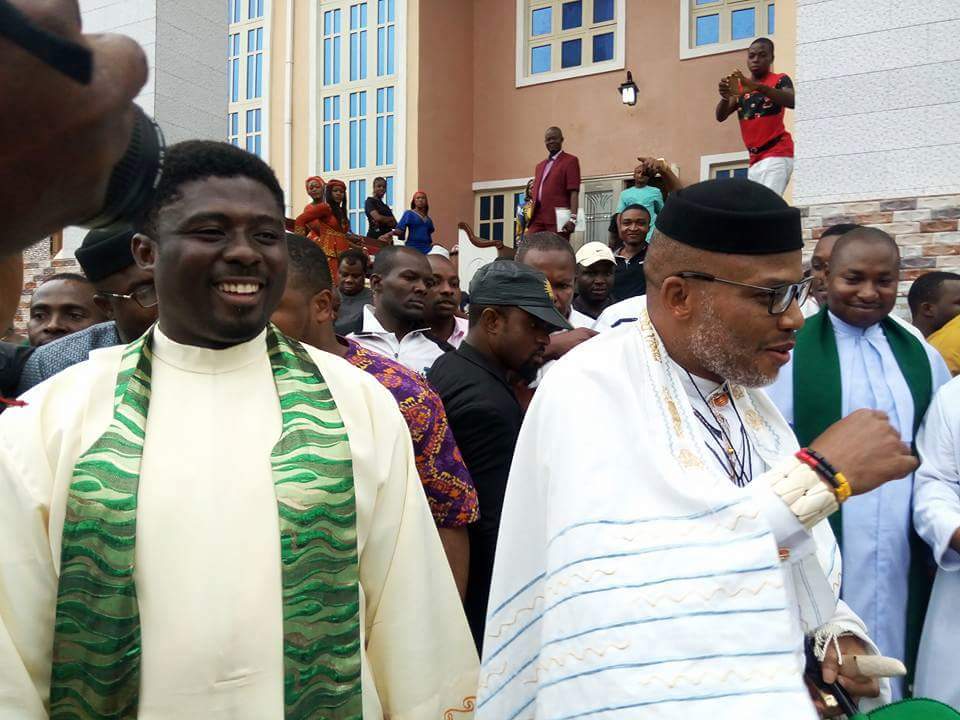 Rev. Fr. Emmanuel Obimma, popularly known as Ebube Muonso, the Spiritual Director of Holy Ghost Adoration Ministry in Anambra, Southeast Nigeria, says the leader of the Indigenous Peoples of Biafra (IPOB), Nnamdi Kanu, should be respected because his voice is authoritative in Igboland.

Naija News reports that Ebube Muonso as he is fondly called made this comment at a crusade in the South Eastern region of the country recently.

Ebube Muonso said for members of the IPOB and some pro-Biafra agitators to sit-at-home when Kanu called for it on May 30, shows that the IPOB leader is a major voice in the South East.

“Nnamdi Kanu has become the highest Igbo leader. A man that said everybody should sit at home and everybody sat at home should be respected. I’m I lying?” The reverend father asked the congregation at a crusade recently.

Talking about the attack on Ike Ekweremadu, a former Deputy Senate President in Germany by some members of the IPOB, Rev. Ebube Muonso mocked the lawmaker, saying: “New yam festival cannot be celebrated in Germany.” Ekweremadu was attacked when he went for a new yam festival in Germany.

Meanwhile, Naija News reports that Nnamdi Kanu is leading a group (IPOB) seeking secession from Nigeria. The group has since been proscribed by the Federal Government of Nigeria led by President Muhammadu Buhari.