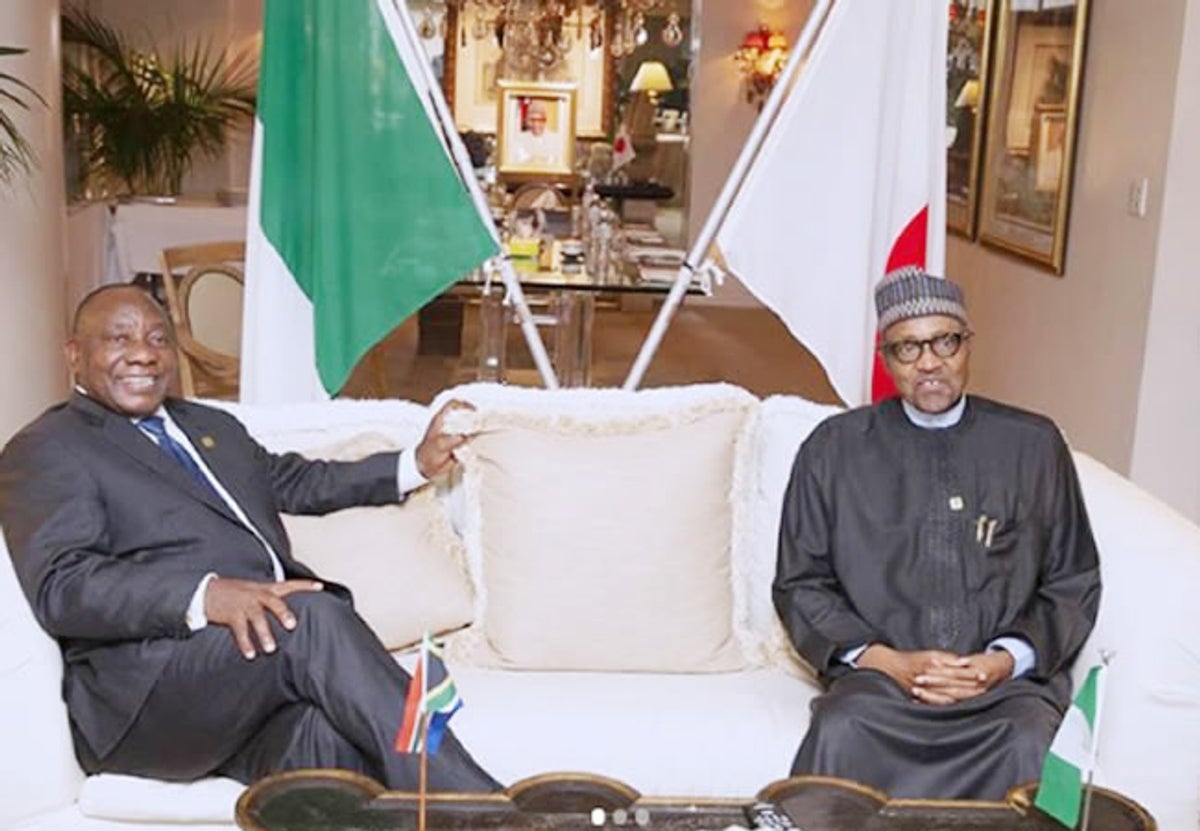 Recall the renewed xenophobic attacks in South Africa against Nigerians and other foreigners had sparked diplomatic rows across some African Nations.

In the wake of the attacks, the federal government of Nigeria shunned a World Economic Forum meeting in South Africa and some other countries also boycott planned activities including cancellation of friendly football matches against the South African team.

It is understood the special envoys, led by the Acting South African High Commissioner to Nigeria, Mr. Bobby Monroe, arrived at the Villa around 2.15pm.

Nigeria’s President Buhari had also last week, sent the Director-General of the National Intelligence Agency, Ahmed Rufai-Abubakar, as a special envoy to President Ramaphosa to convey his feelings and Nigeria’s concerns over the attacks.

The meetings between the two countries are part of efforts to bring a lasting solution to the attacks and mend the diplomatic rift between Nigeria and South Africa.