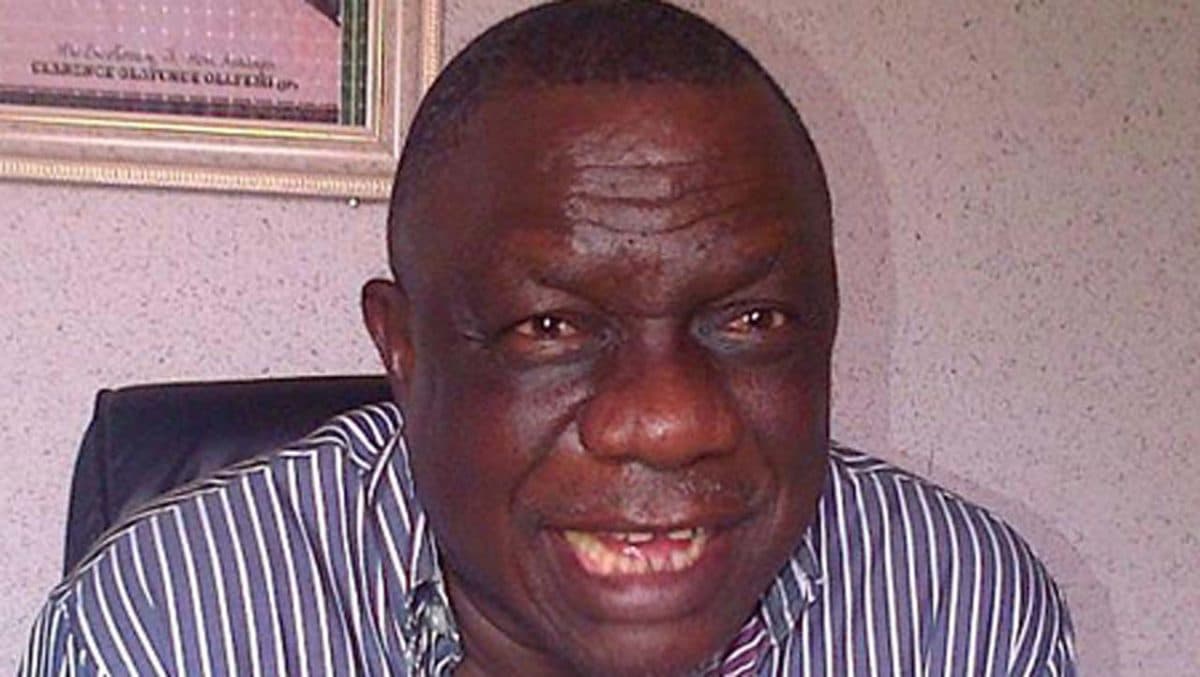 Gbolahan Adeyemi, a chieftain of the Peoples Democratic Party has condemned the former governor of Kogi State, Clarence Olafemi, over his plan to dump the party for the All Progressives Congress.

Adeyemi stated that Olafemi’s plan to defect PDP was not only destructive but was prompted out of greed without recourse to PDP’s magnanimity shown to the politician in the past.

Recall that Naija News had reported that the former governor of the state noted that he will soon dump the opposition party for APC.

Adeyemi while speaking on the situation stated that the former Governor would be on his own if he decides to go on with his plan, he added that Olafemi commands no followership in Kogi West.

“Chief Clarence Olafemi was the former acting Governor and former Speaker of Kogi State House of Assembly. He is so greedy that he has forgotten how PDP helped him to power.”

“His defection statement in Lokoja yesterday is so uncanny, but I assure you that nobody from Kogi West would follow him to APC if he decides to defect.”

“His son was to deputise the son of the former Governor of Kogi State, Alhaji Ibrahim Idris, but as I speak with you, some of them who lost PDP primaries to Engr. Musa Wada have been reconciled by the National Working Committee of PDP.”

“What is his grouse? Why is Olafemi crying more than the bereaved? Alhaji Ibrahim Idris and his son have since calmed down and are joining hands with the candidate, so why is Olafemi troubling the party?”

“In 2015, he worked for APC out of anger, but Yahaya Bello later chased him away before rejoining the PDP. If he defects, he is doing that on his own,” the party chieftain emphasised.

He added that Kogi PDP was working hard to unite their members in wrestling power from APC in the November governorship elections.