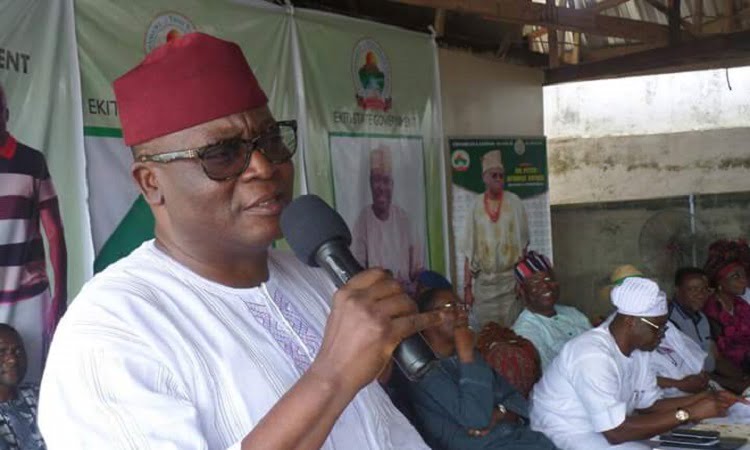 Senator Dayo Adeyeye has decided to head to the Appeal Court to challenge the ruling of the Ekiti State National Assembly Election Petition Tribunal which dismissed his victory in the February 23 election.

Naija News reports that the Election Petitions Tribunal had sacked the Chairman, Senate Committee on Media and Public Affairs, Senator Dayo Adeyeye, of the All Progressives Congress (APC).

The tribunal-led by Justice Danladi Adeck declared the former Senate Minority Leader, Senator Biodun Olujimi of the Peoples Democratic Party (PDP) as the winner of the February 23 election in Ekiti South Senatorial District.

Reacting to the judgement on Sunday, Adeyeye’s counsel, Chief Rafiu Balogun, accused the election tribunal of making a case for Olujimi by conducting a recount of the votes.

He wondered where the tribunal derived its powers to carry out such sensitive task which the judgment relied on.

He said, “We are not satisfied with the tribunal ruling against our client because there are a lot of loopholes in the judgment. What the tribunal relied upon was the report of collation agent of the PDP who said INEC deliberately voided their votes.

“There was no order at all for the recount to be done at the INEC office. We had argued against it. It had been settled at the appeal in the case involving Dr Kayode Fayemi and Prof Kolapo Olusola that you can only do a recount at the open court; even in the case of Fayemi vs Chief Segun Oni.

“What they are saying is that INEC deliberately voided their votes. The tribunal is making a case for the petitioner.”