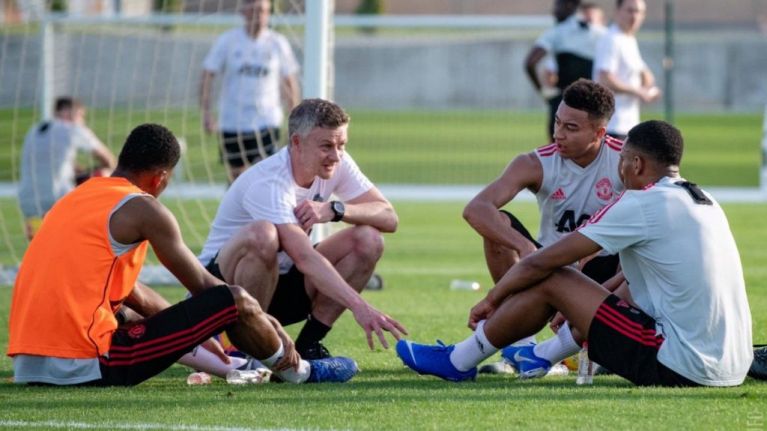 Manchester United manager, Ole Gunnar Solskjaer, has warned Jesse Lingard and Marcus Rashford to concentrate on their football rather than their profiles.

The UK Sun reports that the Manchester United manager spoke to the duo separately.

Lingard and Rashford are two of the most popular players in the United squad, with the former launching his own fashion label last year.

But Solskjaer and assistant manager Mike Phelan spoke to the England stars about putting their football first.

United's 1-0 win over Leicester City on Saturday eased the pressure on Solskjaer, but the coach was concerned with Lingard's commitments outside of football.

He reportedly warned Lingard to put work on his brand on the backburner, while he focuses on improving.

Fearing Rashford could be similarly distracted, Solskjaer gave him the same warning.