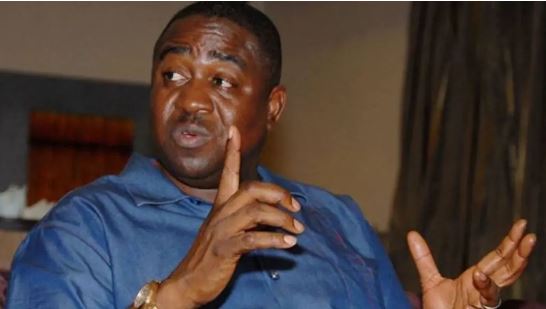 Report reaching Naija News suggests that the former Governor of Benue State and Senator representing the Benue North East Senatorial District, Gabriel Suswam might defect to the ruling All Progressives Congress in no distant time.

A source revealed this on conditions of anonymity through a statement obtained by Naija News.

The source revealed that the Lawmaker who is currently a member of the Peoples Democratic Party (PDP), Nigeria’s opposition party, indicated over the weekend that he has opened up talks with some highly powerful northern politicians and oligarchs preparatory to 2023 general election, saying he would be interested in joining the ruling All Progressives Congress leadership.

The source in his statement said Suswam has, “choice of joining any political party he wants.”

According to him, “President Muhammadu Buhari’s expiration of tenure in 2023 would leave opportunity for building of political blocks which any politician of Suswam’s standing would like to belong.”

The former Governor reportedly told his political associates who paid him a congratulatory visit at the weekend in Makurdi, the Benue state capital that he would overcome all court cases instituted against him.

“Don’t be jittery. I am on top as far as all court cases are concerned. “

“Cases already decided for and against the PDP in Benue which have gone to Appeal Court panels would be upturned”, the source added.

However, efort to speak with the former governor directly to confirm the athenticity of this report proved futile.