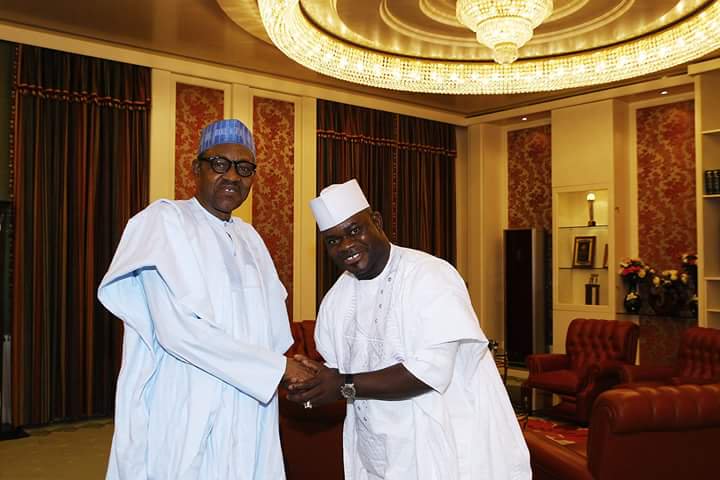 The final ruling of the Presidential Elections Petition Tribunal on Wednesday has attracted a reaction from Gov. Yahaya Bello of Kogi State.

Naija News recalls the five-man panel of the tribunal dismissed the petition of the Peoples Democratic Party and its presidential candidate, Alhaji Atiku Abubakar.

Reacting, Gov. Bello congratulated President Muhammadu Buhari on his victory at the Presidential Elections Petition Tribunal on Wednesday, noting it is a victory for the masses.

Bello in a statement in Lokoja on Wednesday, signed by his Chief Press Secretary, Muhammed Onogwu, appreciated the judiciary for once again proving to be the last hope of the common man.

‘‘The judiciary has again proved itself strong in the protection of democracy and the rule of law in Nigeria,’’ he said.

The statement also advised Alhaji Atiku and the Peoples Democratic Party (PDP) to accept the verdict in good faith and support President Buhari in the task of nation-building.

‘‘The decision of the tribunal will definitely go a long way to solidify the faith of the masses in the courts,” the governor added.

He further described the President as a man of the people, urging him to re-visit the deplorable state of many federal roads across the country.

The Governor also pledged his support and that of the people of Kogi to the policies and programmes of the Buhari-led Federal Government.