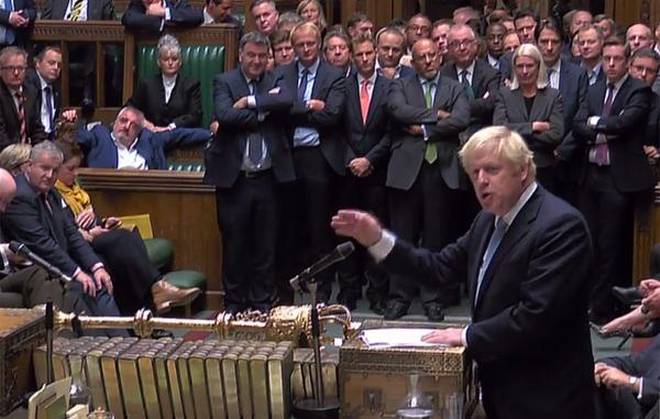 A Scottish Civil Court has stopped the decision of the British Prime Minister Boris Johnson to suspend the United Kingdom parliament.

According to the verdict of the court, Johnson’s decision to suspend parliament in the run-up to the October Brexit deadline is unlawful.

The three judges, chaired by Lord Carloway, Scotland’s most senior judge, overturned an earlier ruling that the courts did not have the power to interfere in the prime minister’s political decision on the parliament.

Lawyers acting for 75 opposition MPs and peers argued Johnson’s decision to suspend parliament for five weeks was illegal and in breach of the constitution, as it was designed to stifle parliamentary debate and action on Brexit.

Speaking on the verdict, Scottish National Party lawmaker Joanna Cherry thanked all her supporters and fantastic legal team towards the historic ruling.

Great work by @JMPSimor uncovering the seeds of the dishonest #Prorogation plot. @Jacob_Rees_Mogg was so full of hubris he couldn’t keep his mouth shut about his shabby little idea. Scottish appeal court judgment at 10am this morning #Cherrycase #Brexit https://t.co/1jZwQAuhxb

Meanwhile, the British government has promised to appeal at the UK supreme court against the latest decision, which also contradicts a decision in Johnson’s favour by senior English judges last week.