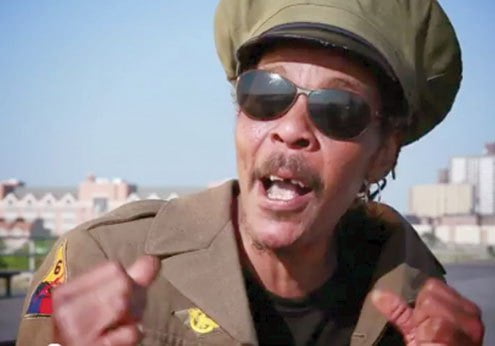 Report reaching Naija News on Tuesday says legendary reggae star, Majek Fashek is critically ill and has been admitted in the Queen Elizabeth hospital in England.

Naija News reports that the manager of the reggae star, Uzoma Omenka confirmed the report in a video clip he posted on Majek’s twitter handle.

Uzoma who did not reveal the nature of his ailment urged Nigerians to support the Reggae star with prayers to help him recover swiftly. He added that the Reggae star is also in need of financial support as they already ran out of cash in the cause of treatment.

According to his manager, Uzoma Omenka, the singer has been admitted over an undisclosed ailment.

“This is to confirm to all fans of Majek Fashek that he is very sick and currently on admission at Queen Elizabeth Hospital, Woolich in England,”

“We need financial support because I have run out of money since I came to England.. The hospital bill is being taken care of but the upkeep,” Uzoma said.

Good day everyone,the is to confirm to all fans of the number 1 African living legendary Majek Fashek is very Sick as we are currently at Queen Elizabeth Hospital Woolich in England .Sorry this Mesage came late and let Us all support him with prayers as we also Really Need support financially for upkeep. More updates with videos and pics will be uploaded soonest. Jah bless and 1 love