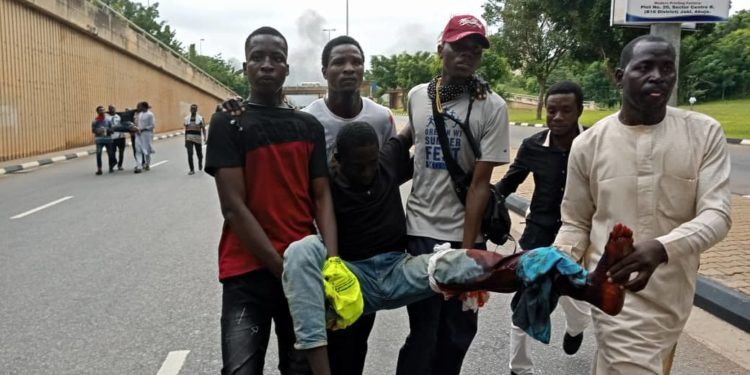 Despite warnings by the Inspector-General of Police (IGP), Mohammed Adamu that all activities of the Islamic Movement in Nigeria, IMN are in line with the Terrorism (Prevention) Proscription Order Notice of July 26, The group who defied the warning and went ahead with their annual Ashura procession across major cities in the country have alleged that at least a dozen were killed.

In a statement made available to Naija News by the president of the group’s media forum, it said “At least three people were confirmed killed by the police in Kaduna and 10 others injured, some fatally, when thousands of Muslim brothers and sisters trooped out in the early hours of today Tuesday 10/09/2019 commemorating the tragic events of Ashura.

“Another 3 people were killed by the police in Gombe, Gombe state.

“In Katsina town, however, several people sustained bullet wounds when the police opened fire on the mourners, not only during the mourning procession but afterwards as the well-armed policemen attempted to forcibly make their way into the Islamic centre of the Movement.

“These casualty figures may, however, rise due to the fatal gunshot wounds sustained by some of the peaceful mourners.

“This year’s Ashura procession was held in all the state capitals of the North and Abuja. It ended peacefully in Abuja, Jos, Kebbi, Minna, Lafia, Yola, Gusau, Zaria, Kano, Jalingo, Damaturu, Hadejia, and Potiskum.

“Today’s show of shame and rage by the police across the states was sequel to the tragic orders given to it by the Inspector General of Police, Mohammed Adamu to brutally attack the peaceful Ashura mourners.

“That the mourning procession ended peacefully in places not attacked by the police is sufficient evidence as to who the instigators of violence are whenever we are carrying out our legitimate religious duties.

“We are grateful to Allah the Almighty that has granted us the courage to come out in several cities and villages across the country to commemorate the brutal killing of Imam Hussein (AS), the Grandson of Prophet Muhammad (S) as it is done in several cities across the globe, despite intimidation and threats by the federal government and its agents, acting on behalf of the Saudis by proxy.”