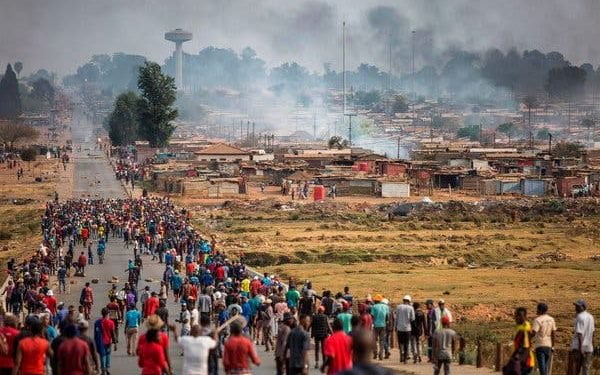 One person has been killed and five others injured in Johannesburg, the capital of South Africa, in what appears to be a fresh Xenophobic attack.

Naija News learned that the development took place on Sunday, September 8, after security forces clashed with looters in the latest outbreak of xenophobic violence, the police said.

This online news platform recalls that Johannesburg and other cities in South Africa were hit by a surge of attacks against businesses owned by Nigerians and other foreigners last week, leaving at least 10 people dead and prompting protests from several African countries.

“We can confirm one person was reported dead,” police spokesperson Xlolani Fihla told Nigeria News. “We can’t confirm the cause of death.”

The report quoted the police to have said later on Twitter that the CBD, Jeppestown, and Hillbrow neighbourhoods were under control.