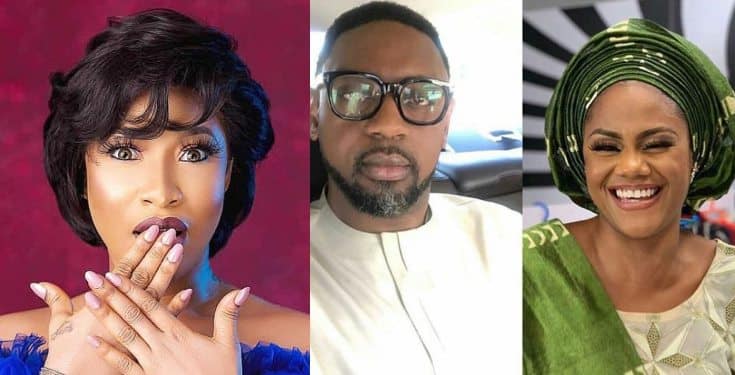 Nollywood actress, Tonto Dikeh has reacted to the ₦10 million allegedly demanded from the senior pastor of the Common Wealth of Zion Assembly (COZA), Biodun Fatoyinbo, by Busola Dakolo who accused him of rape.

Naija News understands that the Nollywood actress in her reaction took to one of her social media handles to react in her Insta story to state that “Money is the root of all evil.”

However, her Insta story comes in the wake of the report that Busola Dakolo is allegedly demanding a sum of N10 million naira from Pastor Dakolo, Naija News could not categorically confirm if her story was directing referring to Busola’s demand from Pastor Fatoyinbo.

But while reacting, Biodun Fatoyinbo, has asked Busola Dakolo, to stop telling lies “up and dan”.

Fatoyinbo stated this while reacting to the court paper Busola filed at the Federal High Court Abuja recently.