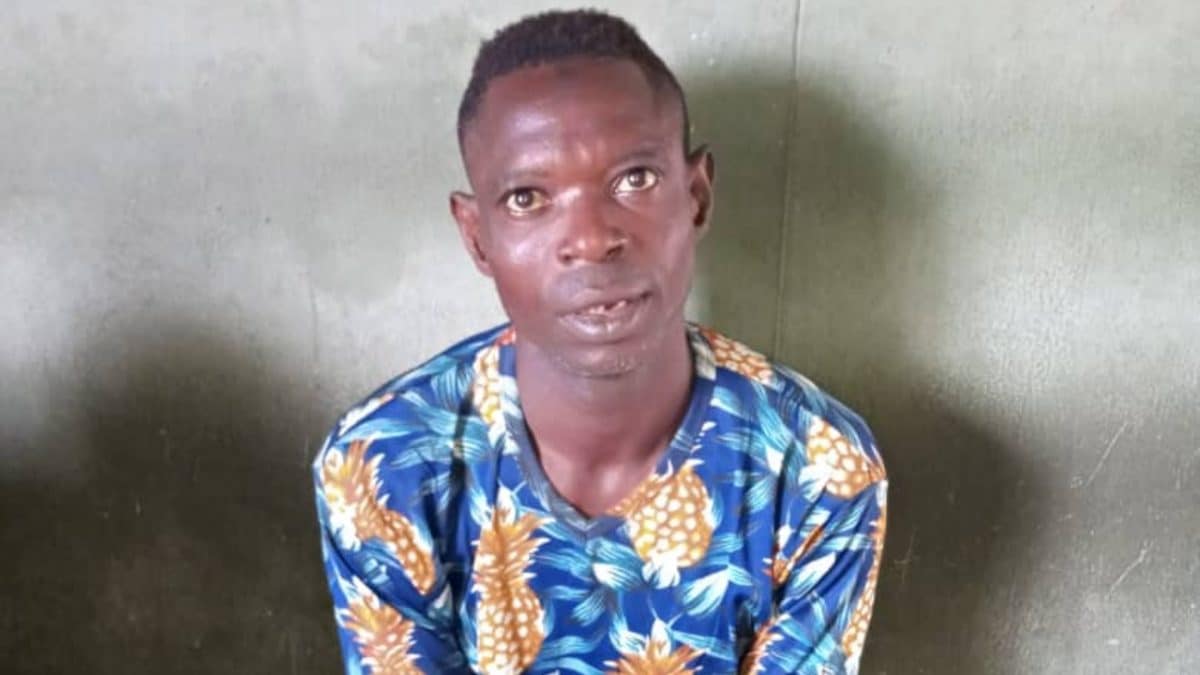 A man identified as Chinedu Ifeleka has been arrested by the Nigeria Security and Civil Defence Corps, Lagos Command for sexually abusing his 14-year-old daughter, Chinwendu Ifeleka at Mapowu street, Ojo.

The spokesperson of the command, Kehinde Mary Bada, stated that the 46-year-old man started abusing his daughter in 2016.

“This incidence according to the daughter happened twice when she was 11 years old. The victim said she reported to her mother but no action was taken,” the spokesperson said.

Chiwendu while speaking stated that her father abused her again on the 9th of August, 2019 while her mother was away at her paternal grandmother’s place.

The victim stated that her father woke her up at about 2.25am and started touching her inappropriately after which he had carnal knowledge of her.

Chiwendu stated that she reported the incident to her mother again.

The father of the victim admitted to committing the offence, but claimed he had carnal knowledge of his daughter once.

The mother of the victim, Florence Ifeleka, while speaking on the incident stated that she was scared to report the first two incidences because her husband threatened to deal with her ruthlessly if she did.

The Commandant, Mr. Cyprian E Otoibhi, told newsmen that, “the suspect will face the full wrath of the law and will be handed over to the appropriate agency for further investigation and prosecution.”

He further stated that this is a heinous crime and all perpetrators of such, when caught will be made to pay dearly.

Reiterating the corps’ mandate of protection of critical infrastructure as well as protection of lives and property, the Commandant said the Corps will not rest on its oars in ensuring a crime-free Lagos.