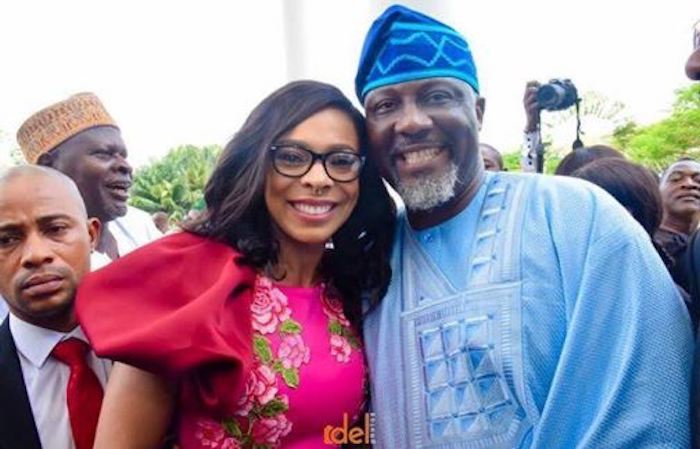 Naija News reports that Melaye, a Kogi governorship aspirant under the platform of the Peoples Democratic Party (PDP), emphatically denied that he is the father of Tboss’ baby.

The Nigerian senator who lost in the Kogi state governorship primaries stressed the rumour making the rounds are lies being perpetrated by rumour mongers.

Senator Dino Melaye made this known in his tweet on Sunday, September 8.

In his tweet, Dino Melaye said he naturally should ignore such lies, as every child is a blessing from heaven., he stressed that he never had any intimate affair with the former BBNaija housemate and warned ‘Olodos’ to take note.

In his words, Melaye wrote: “I naturally should ignore lies making the rounds that I’m the father of Tboss’s child. Every child is a blessing from heaven to every new mother and I congratulate TBoss on the new bundle of Joy.

“As for the father,.. It’s Not Me. I never dated TBOSS. Olodos take note accordingly.”