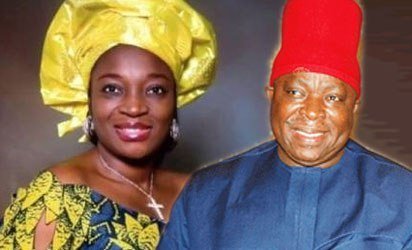 Naija News reports that the tribunal in its ruling held that Senator Umeh has no locus to challenge the nomination of Ekwunife as the candidate of the PDP in the last election.

This online news platform recalls that Senator Umeh defeated Senator Ekwunife in court during her 8th Senate term. The judgment at the time prohibited her from contesting in the election re-run.

However, Senator Ekwunife defeated Senator Umeh at the Anambra central election which held during the February 2019 general elections.