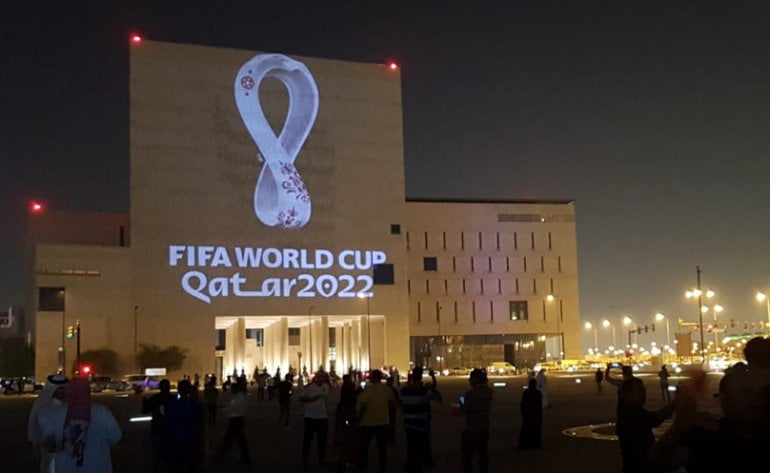 The official emblem of the FIFA World Cup Qatar 2022 has been unveiled digitally across the globe.

Naija News understands that the unveiling took place yesterday night in Doha with thousands of spectators on ground to witness the unveiling.

According to Fifa, the logo design embodies the vision of an event that connects and engages the entire world, while also featuring striking elements of local and regional Arab culture and allusions to the beautiful game.

The design also is reportedly a stylized Arabic white unisex shawl with maroon patterning, which is displayed in a figure-of-eight symbolizing infinity while creating a heart shape above the words “FIFA WORLD CUP Qatar 2022″.

Naija News also learnt that the logo was unveiled also in 24 other major cities across the world including London, Johannesburg, Mexico City, Mumbai, Paris, and Seoul.

The 22nd edition of the World Cup, which will be the first staged in the Arab world, will get underway on November 21, 2022. The final will be played on December 18, 2022, Qatar’s National Day.