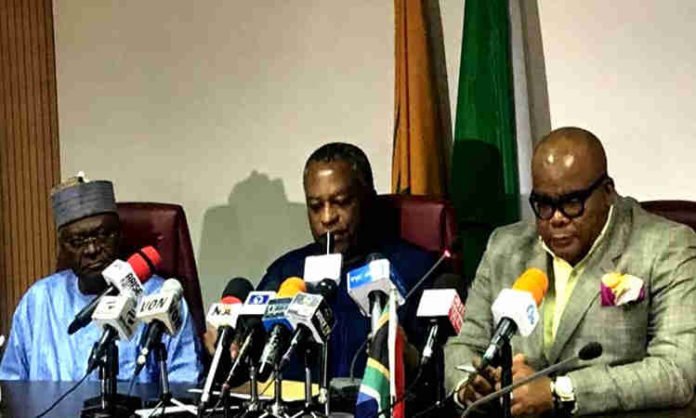 Bobby Monroe, South African High Commissioner to Nigeria has denied reports of attacks in his country.

Naija News understands that the South African High Commissioner said the reported attacks are not xenophobic and targetted at Nigerians.

Monroe’s stand comes in the wake of the continuous attacks on Nigerians in South Africa.

Recall that Foreign Affairs Minister, Geoffrey Onyeama, has summoned Moroe over the xenophobic attacks on Nigerians in South Africa.

However, responding to the summon by Nigeria at a media briefing with Onyeama, Monroe described the attacks as ‘sporadic acts of violence.

The commissioner added that businesses belonging to other South Africans were also affected in the violence.

READ ALSO  Trump Express Fear He Is Been Monitored By China Using TikTok, Speaks On Banning The App