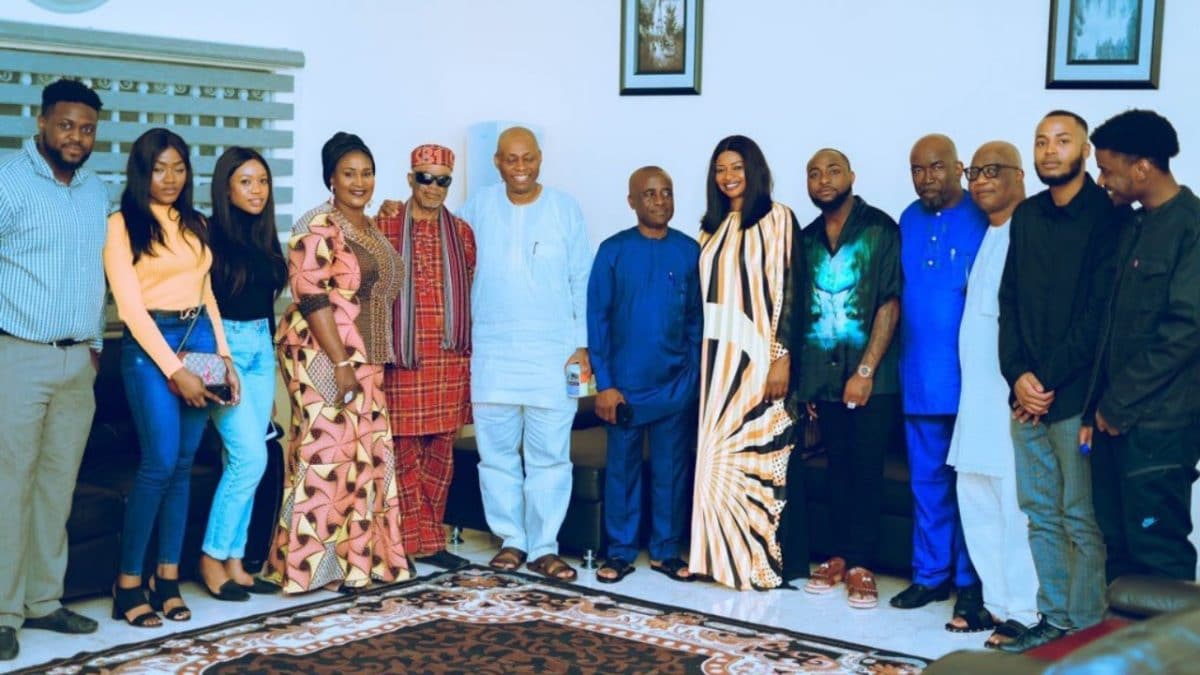 David Adeleke popularly known as Davido has just formally announced his introduction with Chioma, his lover.

Davido posted on his Instagram page, a picture stating their official introduction on Monday night.

The picture was taken with his dad at Chioma’s parent’s house for the introduction.

He posted on his Instagram page: “First of all, Introduction.”

Naija News recalls that the duo started their relationship in 2018 following his hit track ‘assurance’ which he dedicated to her.

Davido had disclosed that Chioma is the woman that he loves dearly.

Naija News also recalls that he bought a Porsche car for her as a surprise gift for her birthday in 2018.