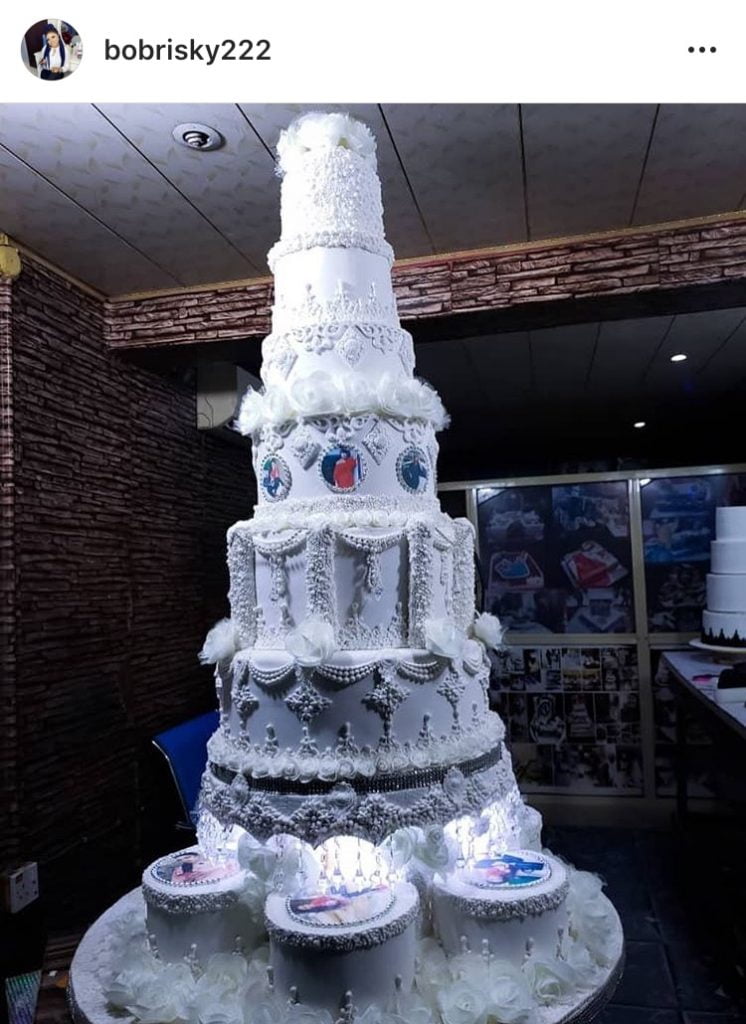 Recall as previously reported by Naija News, the Lagos State Police Command on Saturday halted the birthday celebration of the Instagram famed crossdresser.

Bobrisky who turned 28, however, managed to evade arrest.

It was gathered that he had planned a birthday party at the Pearls Gardens in Lekki Phase 1 on Saturday and another slated for Paradise Boat Club, Victoria Island on Sunday.

The police, however, invaded the location and dispersed guests who had gathered at the venue to celebrate with him.

Speaking after the police action, Bobrisky who claimed to have spent about N19 million on the celebration, apologized to friends and family who had turned up for the party.

This online platform further understands Bobrisky has now decided to donate the giant birthday cake that was supposed to be used for the birthday celebration to any intending couple who may be interested.

“Dis was supposed to be my birthday cake ? for my birthday last night before it was cancelled for no reason. Like I used to say my heart ❤️ is filled with gold but many haters are just looking for my downfall lol. If you are getting married dis weekend pls come and have dis cake. I repeat no amount of hate will change who I am. @dac> God bless your hand ? work you are really a genius. I will preserved the cake in my freezer at home so don’t be bothered about spoiling.”

See a photo of the cake:

And more pictures shared with the caption below: 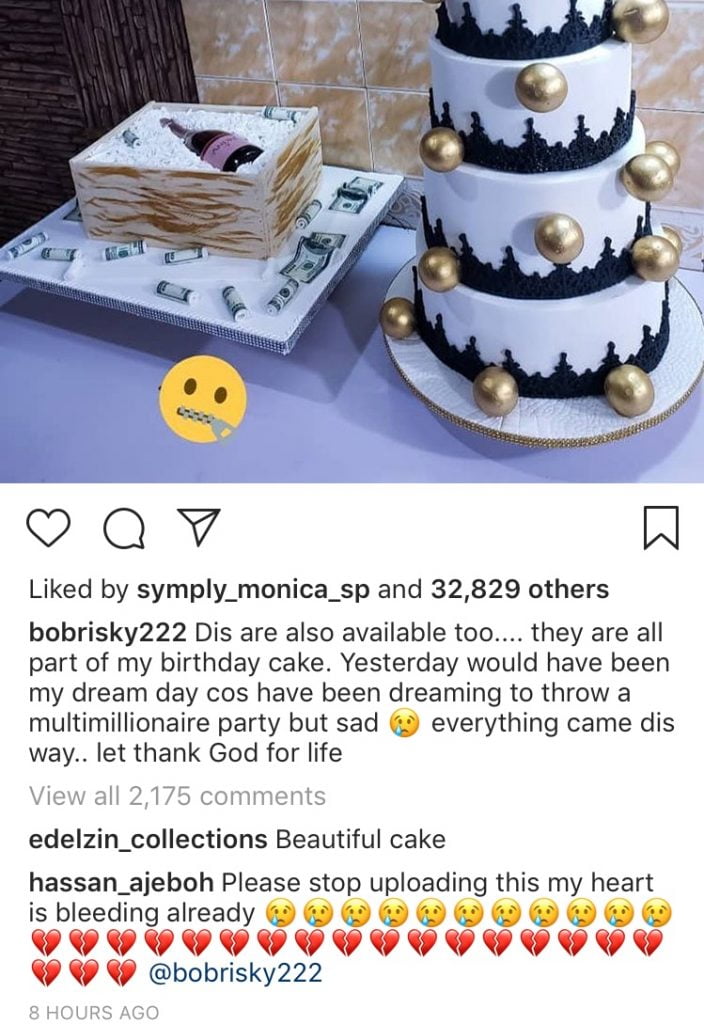 Naija News understands the current episode might not be unconnected with a recent threat by Chief Olusegun Runsewe, the Director-General of the National Council for Arts and Culture, who had labelled Bobrisky as a National disgrace and a wrong influence on the younger ones.

He also threatened to deal with him.

Bobrisky, however, retorted that he was waiting for Runsewe to carry out his threat, urging him to face other important issues rather than worry about him.