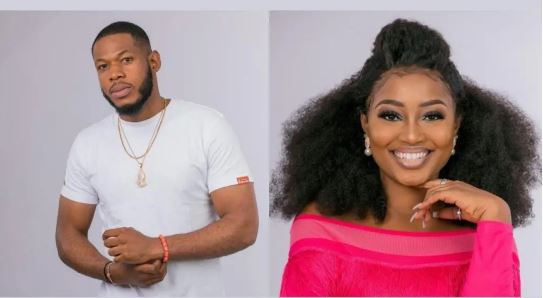 Housemates of the ongoing Big Brother Naija (BBNaija), Frodd who again escaped eviction on Sunday expressed shock over the eviction of his ‘soulmate’ Esther.

Naija News reports that Frodd’s displeasure to the eviction of Esther comes after she (Esther) and Sir Dee kissed and hugged the other housemates goodbye from the ongoing ‘pepper dem’ edition of the reality show.

Following her eviction, Frodd broke down in tears stirring reactions on social media.

While speaking to Ebuka, the BBNaija host, Frodd with a sober face, said Esther’s eviction was like a movie to him.

“Ebuka, Esther’s eviction from the reality show was shocking. It was surprising watching her leave. It felt like a movie,” Frodd said.

Recalls that the lovebirds, Esther and Frodd had shared kisses days ago, a passionate kiss which looked reals as if it was the last between the duo.