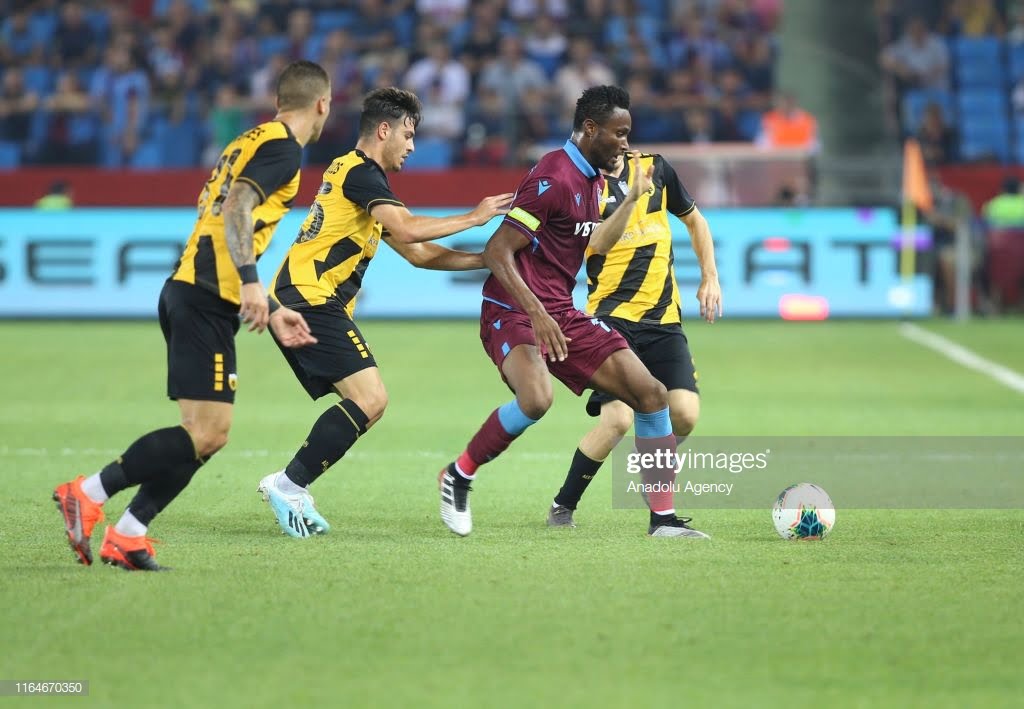 Naija News reports that the former Chelsea midfielder signed a two-year deal with an option of another year at the club in July.

A source, who spoke on condition of anonymity, told Sports Extra that, “There’s a lot of expectation from the club with regards to Mikel.

“And he is ready to play for the team despite the early pressure, but he wants his family around him, which he can’t do at the moment.”

The 32-year-old, who has made four appearances since joining the club (two starts and two substitute appearances), is also unsettled following the decision of his partner, Olga Dyachenko, not to visit Turkey again.

“Olga doesn’t like the city. She came visiting with the kids and they do not also like Turkey, which could now be a problem for Mikel,” the source said.

He made 249 Premier League appearances for Chelsea in an 11-year spell.

Mikel’s career has seen in play club football in Norway, England and China.