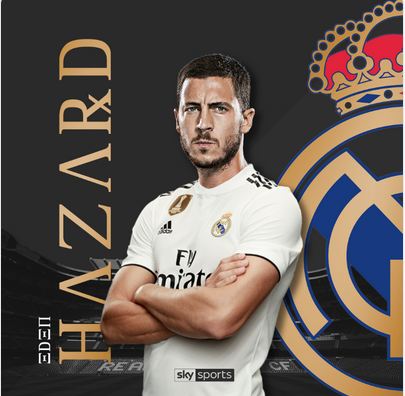 Speaking about the award Hazard said that: “Hello everyone, I’ve just been given the trophy, so thank you to everyone who voted for me and I’d like to wish good luck to all the players playing in the Europa League this year.”

Hazard was man of the match as Chelsea beat Arsenal 4-1 in May’s final in Baku, setting up his side’s second goal and then scoring the third and fourth himself to crown his farewell game as a Blues player before his move to the Santiago Bernabéu.