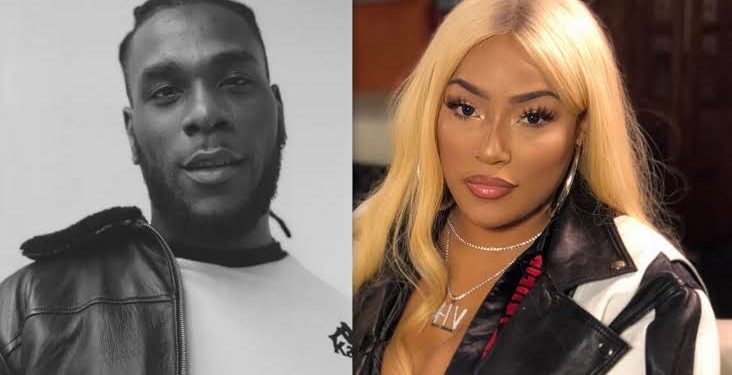 The news on the rumour` of the breakup of the relationship between Artist Damini Ogulu popularly known as Burna Boy and Stefflon Don took a fresh twist when the latter took to her Instagram handle to delete the pictures of Burna Boy.

Naija News understands that Stefflon Don deleted the pictures of Burna Boy amidst the rumour of the breakup of the duo.

There was a viral rumour that the romantic relationship between Nigerian’s superstar Artist Damini Ogulu popularly known as Burna Boy and Stefflon Don ended on Tuesday.

Recall that the news made waves after the video of the artist and his ex Ghanian Actress Princess Shyngle on facetime, went viral.

However, Burna Boy later debunked the rumour on his Twitter account claiming it was false. He said,  “If there is really a God, then there must be a special place for hell for bloggers”.

Stefflon Don also claimed the news was false as she said:” She and her boo are good”.