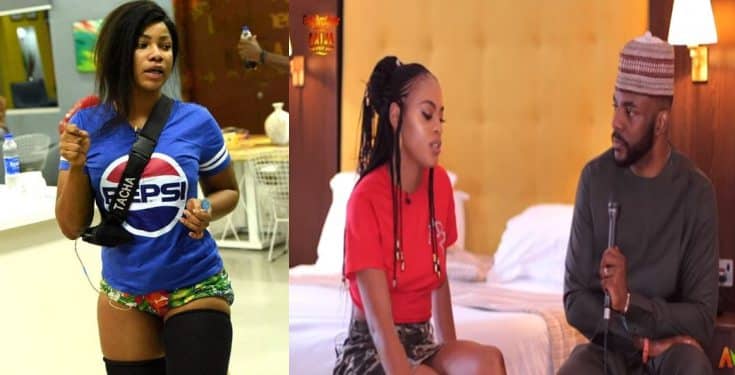 Evicted housemate of the ongoing Big Brother Naija (BBNaija), Jackye has broken her silence to speak on her alleged interest in Mike.

Naija News understands that Jackye who spoke in a chat with the live host of the BBNaija show, Ebuka said that her relationship with Mike had no romance attached.

Jackye while speaking with the host after her eviction, said Mike was more of playing a big brother role while she was still in the house.

Jackye who has once said that her kind of man is not in the Big Brother house also spoke against the stereotype of linking romance to a friendship between a married man and an unmarried lady.

While being asked of her comment on Tacha, Jackye said she didn’t see Tacha as someone she could have a conversation with, without it tilting to a negative side.