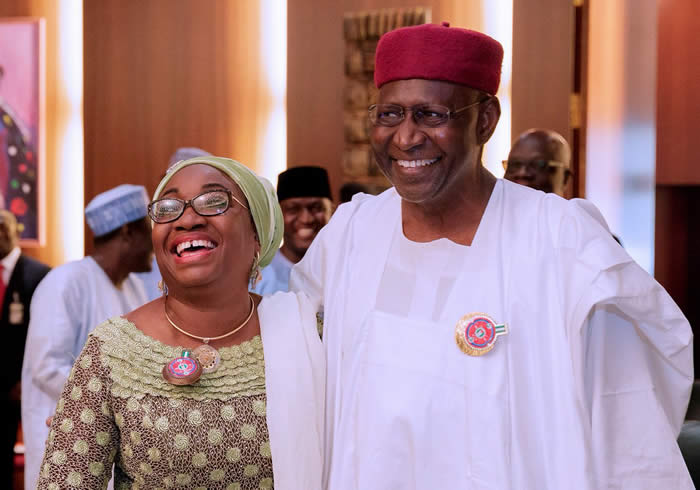 The Economic and Financial Crimes Commission (EFCC) has denied reports that President Muhammadu Buhari’s Chief of Staff, Abba Kyari, ordered the probe of Head of Civil Service of the Federation, Winifred Oyo-Ita.

Rumours had emerged that Oyo-Ita is been investigated because of the disagreement she had with Abba Kyari during the Abdulrasheed Maina saga.

In a statement on Monday, spokesperson of the EFCC, Wilson Uwujaren, stated that Oyo-Ita’s probe was not politically motivated.

He urged the general public to disregard the reports as the handiwork of mischief-makers.

Uwujaren said: “The attention of the EFCC has been drawn to reports by a section of the media insinuating that the ongoing investigation of the Head of the Civil Service of the Federation, Mrs Winifred Oyo-Ita, by the Commission was instigated by the Chief of Staff to the President.

“The Commission wishes to state that there is no truth in these claims, and urges the general public to disregard the reports as the handiwork of mischief-makers.

“For the avoidance of doubt, the investigation by the EFCC is evidence-based.

“Most often, they are triggered by petitions or intelligence.

“In the case of the HoS Oyo-Ita’s investigation, it was prompted by intelligence received by the Commission.”